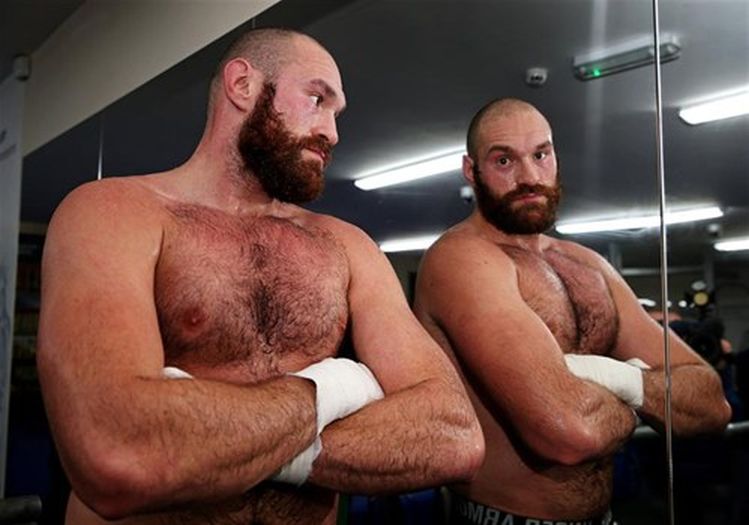 Following Lee Williscroft-Ferris’ piece on the Tyson Fury furore, guest writer Lewis Henshall looks at what the issue says about homophobia in the media and in society at large.

How long will it be until homophobic views aren’t paraded in the media as something to be entertained and until homophobia generally becomes instinctively unacceptable in our society?

There’s been a furore over boxer Tyson Fury being shortlisted for the Sports Personality of the Year award after he became the heavyweight champion of the world. It’s not his sporting achievements being called into question (though the IBF has since challenged the boxer to a rematch) but rather Fury as a person due to statements he has made about women and gay people.

According to its voting and judging terms and conditions, the long-running annual Sports Personality of the Year award ‘goes to the sportsperson whose actions have most captured the public’s imagination during 2015.’ An expert panel – including representatives from national newspapers – decides on the shortlist. The terms and conditions note that the panel chose to expand the shortlist from 10 to 12 people on 30th November, ostensibly after Tyson’s 28th November win.

A petition calling upon the BBC to remove Tyson Fury from the shortlist has well surpassed 100,000 signatures, but our publicly funded British Broadcasting Corporation has refused to act upon this significant demonstration of disagreement. Apparently, a nomination and potential awarding of Sports Personality of the Year does ‘not mean SPOTY endorsed his personal views.’ If this were just ‘Sports Achievement of the Year’ I could understand, however this is not just about the nominees’ accomplishments but rather them as people – their personalities.

On Tuesday, Tyson’s uncle and coach Peter Fury was invited to take part in a discussion on weekday current affairs programme Victoria Derbyshire, where he defended Tyson by saying that his beliefs are ‘sometimes misinterpreted’. This is the Beeb as ever wanting to be ‘balanced’ and allowing different sides of an argument to be aired, but the only reason you’ll find this discussion on a show like this is because homosexuality is still fair game to be moralised and pontificated upon.

If Tyson had likened any other minority to paedophilia, or if he’d said the legal recognition of any other particular minority would lead to the arrival of the Devil, there would be a widespread outcry;

He would simply have his sporting accolade and that would be all. What we’re dealing with here is institutionalised homophobia.

Articles reporting on the uproar over Tyson’s award nomination persistently refer to him as ‘outspoken’. Would Tyson be described thus were he making vile associations pertaining to any other cultural or social minority? Look at how Donald Trump has been widely derided as a hate preacher and condemned for his comments about Muslims. Yet, in the case of Tyson Fury, he’s merely ‘outspoken’.

In 2010, The Sun newspaper employed YouGov to poll people with the question ‘Should gay people be cabinet ministers?’ This followed MP David Laws’ resignation after The Daily Telegraph reported on irregularities in his expenses claims which benefited his male partner. He had been in a secret gay relationship. When the expenses scandal unravelled further, we saw no further polls questioning whether any member of another minority group should be allowed in the cabinet.

Since 2010, we’ve had the wonderful milestone of making same-sex marriage possible but, this aside, it is worth asking ourselves this: has society progressed that much since The Sun’s flippant polling? Zip forward to 2015 and whether or not Tyson Fury ultimately gets the Sports Personality of the Year title, society is being offered the opportunity to vote and potentially put him on a pedestal and, through this, his overall personality is validated. Would the BBC ever put an ‘outspoken’ racist up for a sports award?

To be clear on my standpoint, Tyson Fury is no role model of mine and represents nothing about the great diversity, tolerance and acceptance I experience in our shared hometown of Manchester.

Also, in his own words, Tyson said he ‘will be the most charismatic champion since Muhammad Ali.’ Well, whilst the fate of this year’s Sports Personality of the Year is up in the air until 20th December I can, at least, be sure of one outcome.