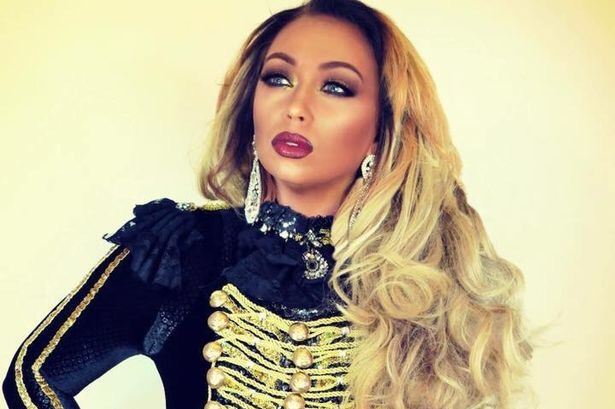 Durham Pride has apologised for booking a white performer impersonating Beyonce with blackface make-up. Marcus Stow asks: Do we really need to remind people that blackface is offensive in 2017?

Another day, another Pride controversy. A few days ago we heard how the organisers of London Pride told a bisexual woman not to be “demanding” when she suggested that bisexual people be represented (the clue is in the big old “B” in LGBTQ+). Today we have the news that a Durham Pride booked a white woman in blackface performing as Beyonce.

Durham Pride has since issued a statement indicating that the act, Leanne Harper, will no longer apply the dark fake tan, but even without the make-up, it’s troubling that a white performer can effectively mock black women’s style and hair when little girls are still being sent home from school for the natural hair that grows out of their heads.

You’d think in 2017, it wouldn’t have to be explained why blackface performance is really inappropriate. It was only 18 months ago that drag queen Charlie Hides faced a blacklash and campaign against his obnoxious caricature Laquisha Johns. Having eventually dropped the character, Hides has recently enjoyed a higher profile following an appearance on RuPaul’s Drag Race.

Far from being a thing of the past, barely a month goes by without some inappropriate blackface incident going viral via thousands of retweets on Twitter. Its not as if blackface is even rare or something in the distant past. The BBC’s black and white minstrel show ran until 1978, so my parents’ TV licence funded it. The Metropolitan Opera in New York decided to end the practice of depicting Otello in blackface as recently as 2015. There’s the ill-advised college fancy dress parties and the annual Christmas kerfuffle over Zwarte Piet in the Netherlands, where the feelings of black Dutch people are dismissed in the name of old, racist tradition.

You’d think in 2017, it wouldn’t have to be explained why blackface performance is really inappropriate

You really, really have not had to have been paying attention to realise that blackface is a stupendously offensive idea. Even a cursory google will lead to the reasonably good  Wikipedia page on the subject. But for those people who can’t use Google: let me summarise. Blackface performance has been used to denigrate, demean, perpetuate stereotypes, impose segregation and at the very least, deprive black performers of work for nearly 200 years. Its long history of violence makes it offensive to black people no matter how pure a performer may feel their intention is.

There’s also the question of inclusion. Pride should be a celebration for all LGBTQ+ people. Both Charlie Hides and Leanne Harper stated they had never had any complaints, but their characters’ promotion as part LGBTQ+ events may not only dissuade black LGBTQ+ people from attending, it may also make those who do attend feel uncomfortable but unable to speak out. This may be especially true in parts of the country where people of colour are very much in the minority, such as Durham for example.

Instead of apologising immediately and removing the act, There followed a doubling down to and a “If you ‘re offended, then don’t come’. A response that is incredibly dismissive and demonstrates a failure to listen to some very deep concerns from people who may already feel marginalised in LGBTQ+ spaces. Indeed, British LGBT Awards winner Chardine Taylor-Stone, who challenged Durham Pride on their Beyonce minstrel act, found herself blocked by their official Twitter account.

One may ask how on earth Pride events fail at inclusiveness and double down on erasing the concerns and opinions of people of colour. As well as these recent faux pas, consider that in 2015 one of the organisers of Pride in London could be seen on TV boasting that they had got the banned UKIP into the Pride march ‘safely’ even though they had actually crashed the march in front of an African LGBTQ+ group.

A response that is incredibly dismissive and demonstrates a failure to listen to some very deep concerns from people who may already feel marginalised in LGBTQ+ spaces.

Could it be that the starting point of Pride organisers is that everyone attending will be white? It’s no wonder black LGBTQ+ folk particularly in London are creating our own spaces and events, but it’s small comfort to black LGBTQ+ people who don’t have access to similar spaces and may feel unwelcome by the event in their area.

To paraphrase Flavia Dzodan, my Pride will be intersectional, or it will be bullshit.