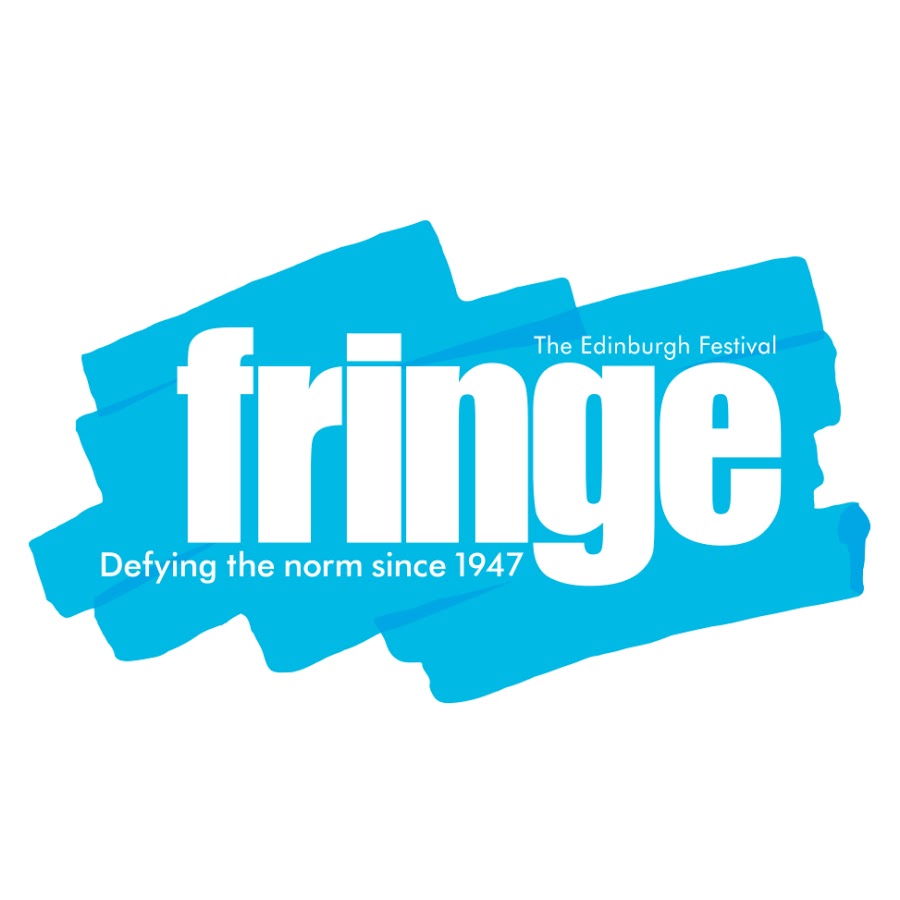 If you’re heading to the Edinburgh Fringe Festival this August, make sure to take advantage of the excellent theatre, comedy and music being produced by queer artists. With a dazzling array of shows on offer, Callum Kenny gives his four top tips of the unmissable queer performances this year. 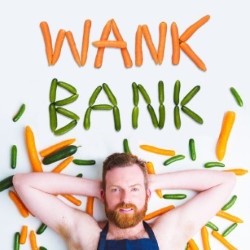 When Adam Seymour moved to New York, he quickly and cruelly discovered that a job at the MoMA didn’t pay enough to fund his creative pursuits. Inspired by iconic artists like Patti Smith and Robert Mapplethorpe, he began to hustle and supplemented his income by massaging and jacking off guys across the city. Not quite a Kickstarter – more of a Wankstarter, as he says. These experiences with men of all different shapes, sizes, backgrounds and sexual appetites were curated into a book – Wank Bank – and the resultant comedy show is a hands-on, how-to guide to providing stimulation to the male sexual organ.

Wank Bank is a highly accessible show with a diverse audience, from young queer men to Stepford Wives, hen dos to hulking Scottish blokes. And it’s all the better for it – everyone has something to learn. Seymour isn’t there to be sexualised; kitted out in a white apron and smiling broadly, he looks more likely to appear on Saturday Kitchen than anything else. He’s a friendly, humorous guide to achieving maximum pleasure and his job is to make the audience feel at ease stroking phallic vegetables in a room full of strangers.

On arrival, each audience member is provided with a cucumber, a pair of testes (two uninflated balloons containing ping-pong balls, tied together) and a laminated instruction sheet to take away. Of course, Seymour can’t resist a shot about the necessity of lamination – for wipe-clean use. And after a short introduction, the audience is down to business, trying out techniques on the cucumbers which will lead to better ejaculations. And there are a lot of techniques. Seymour deftly introduces a vast array of them (all captioned with catchy, unintimidating names). There’s a little biology and science in the content, but generally it is clear that this isn’t something to learn from books – experience is key.

Seymour leads the audience through the lesson very capably, with a little help from volunteers – though it’s all strictly PG. It may be a late slot but there isn’t any content that is genuinely shocking; the aim is to educate. Wank Bank is a riotous affair that brings people out of their shell and dispels any shame the audience might feel about unadulterated indulgence.

Betty Grumble is a goddess. A dirty, raucous, unapologetic goddess of love and righteous vengeance.

This show is simultaneously a battle cry and a nervous breakdown, a primal scream and a deeply personal confession. For Grumble, nothing is off-limits. She is generous in sharing her experiences, her life and her body with the audience. This is about femininity in all its forms, an experimental piece of stand-up featuring spoken word poetry, can-can, music and readings from The Scum Manifesto by Valerie Solanas. It is almost impossible to articulate the breadth and depth of what Grumble does, but it’s enough to say that she’s damn good at doing it.

There are some fabulous set pieces in Love and Anger. The opening sketch alone is one of the most shocking and memorable in fringe comedy. Miming ‘Loving You’ by Minnie Riperton with the flaps of her vagina, Grumble immediately has the audience laughing, confused and a little repulsed. Grumble courts revulsion constantly, subverting her sexuality so that she is always one step ahead, never allowing herself to be fetishised (until she wants to be). She is full of manic energy – when barking like a dog or frothing at the mouth, she seems more and less than human, but however she is perceived, there is no doubt that it’s because it suits her agenda in that moment. She never relinquishes control, even if she wants the audience to think that she has.

An advocate for love in all its forms, Grumble is not just funny. She is serious about encouraging people to be kinder, and when she gets personal, it is equally captivating. The quieter moments stay with you – one sketch about the legacy of female pain which Grumble performs in her mother’s old bodybuilding bikini is particularly moving. But Grumble doesn’t want the audience’s pity and she doesn’t need it. She is able to channel her rage, sadness and infinite appetite for life into creating art which challenges preconceptions and pushes the boundaries of what art can be.

One gets the impression that she will always stay one step ahead.

Polly and Eve are estranged friends who haven’t spoken since an incident at university. Their trajectories collide and realign when a mutual friend and the third member of their trio, Dylan, dies tragically of cancer. He sends them one final assignment from beyond the grave – by which I mean a pre-recorded DVD, there’s nothing supernatural about this play. Dylan has paid for them to go on a road trip together around the UK in the hopes of their reconnecting and saving the relationship. They also have to take his ashes with them, which are stored in a lunchbox. It’s sort of a comic, unsentimental, queer P.S. I Love You (so P.S. I Love You if it were good).

The relationship between Polly (Elliot Salt) and Eve (Jude Mack) is really smart. Their dialogue is whip-sharp and crackles with undercurrent sexual tension. It becomes clear almost immediately that the downfall of this friendship was the failure of both openly queer women to act on their romantic feelings for one another. They are equally enraged and hurt by the other, even after so much time has elapsed, and the gulf of space between them seems insurmountable. Salt and Mack, writers and performers of the show, really bounce off one another; they have great comic timing and an uncanny ability to capture the childish pettiness that can bubble up when a great love doesn’t reach it’s true potential. Theirs lives seem suspended in petulant adolescence as they sulk, squabble and shout to montages of the disastrous car journey, which is playfully evoked using projection and movement.

While their narrative stays constant, there is a whirligig of characters whose presence cut into the story. Sophie McQuillan gives an ebullient performance in a variety of roles but notably an Australian gynaecologist from hell. With her head between Polly’s legs and a stream of cheery aphorisms pouring from her mouth, the scene is painfully funny and deliciously awkward.

Third Wheel touches on themes of loss and grief with real sensitivity. It’s a genuinely moving piece of theatre, which gains much from the simple but expressive music which accompanies much of the story. The show has moments of real beauty and has been compared to Carol (originally The Price of Salt) by Patricia Highsmith. Other than the focus on female love, this feels wrong. The spirit of Third Wheel is altogether more joyful, fun and free.

Corgan (Chris Isaacs) and Jimmy (Jeffrey Jay Fowler) are best mates who communicate through the predominant modes of Donkey Kong and beer-drinking. Though they are close, the men move through the world differently partly because Jimmy is a gay man and Corgan is heterosexual. The story follows a short but turbulent period in their lives and the same events are recounted from their different perspectives, revealing how people misrepresent their own narratives and misinterpret those of others.

There is nothing ground-breaking in the depiction of gay issues in Fag/Stag – hookup culture, loneliness and self-sabotage have been well-documented in theatre, TV and film. What is most interesting about the play is its depiction of non-sexual male friendship. This story is a platonic romance in which companionship ultimately trumps sexuality. We don’t see nuanced, thoughtful relationships between straight and gay men enough. There is always the matter of sex, which usually forms the charged subtext of the majority of their interactions. There is something very refreshing, as a result, about the complex love and resentment that exists between Corgan and Jimmy which feels organic and believable.

The way these two men try, but ultimately fail, to adequately support one another through heartbreak and self-medication (which takes the form of meaningless sexual gratification, violence and self-harm) is affecting. Communication continually breaks down and there are repeated, fundamental failures of empathy or understanding. The dual narrative is very effective for this reason, exposing the small but significant moments that could have been handled differently. What is left unsaid by one individual takes on poignancy when it is mentioned by the other. This is a friendship we can all relate to and have experienced. The evocation of loneliness and failure is, too, a universal concern.

The story ends happily in a sort of parody anti-romance – the boys dancing together at a wedding they both feel excluded from. There is a sense that if these two can keep dancing then they will muddle their way through the daily indignities of modern life just fine.