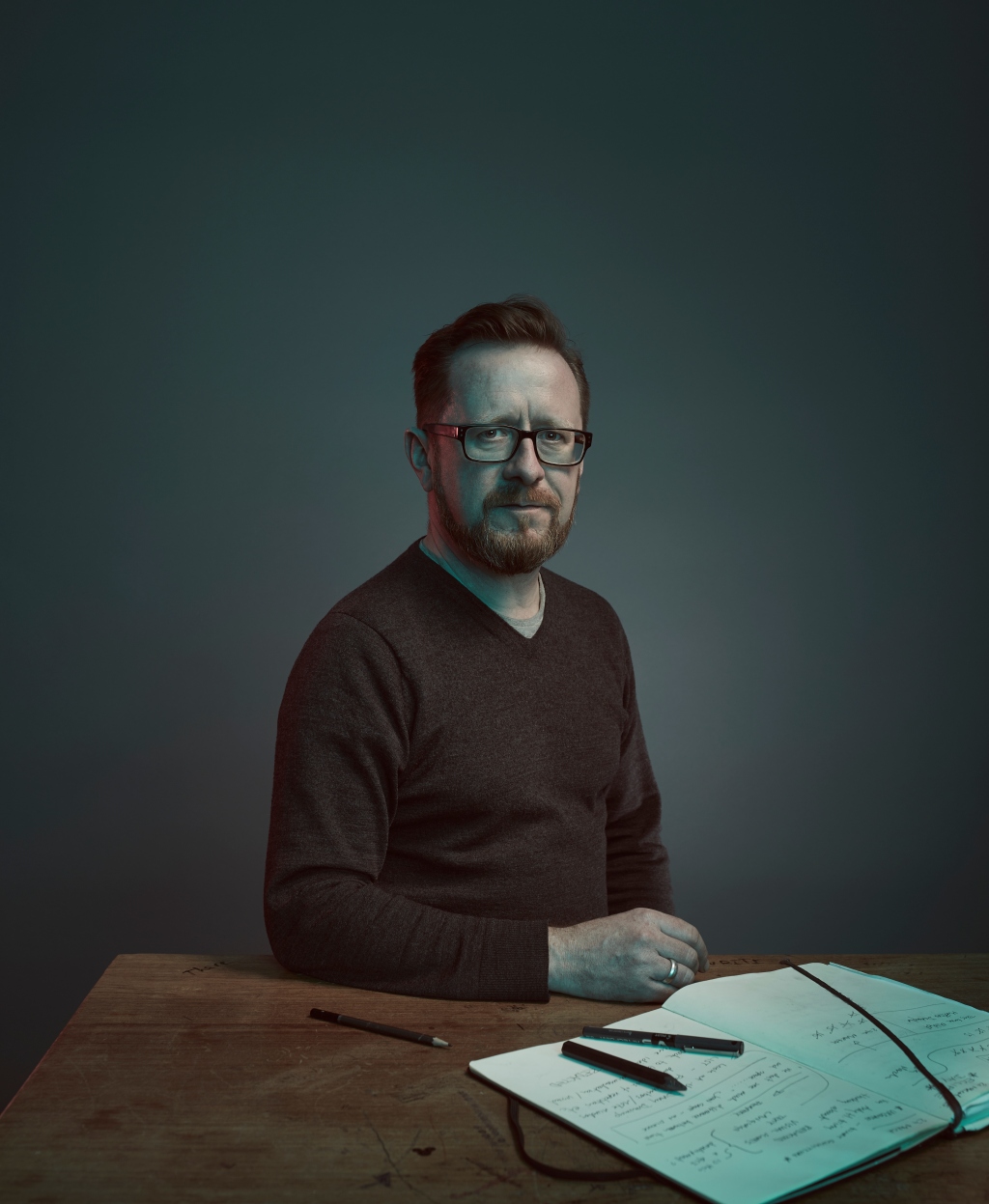 Hadley Stewart talks to creative, Jez Dolan, about lockdown, Polari and the issue of growing old as an LGBTQ+ person.

Like many creatives at the moment, Jez Dolan has found that the coronavirus pandemic has posed a challenge to his work. The Manchester-based artist focuses on the intersections between queerness, sexuality, identity and memory. His work has been displayed at the likes of the British Museum, Leslie Lohman Museum of Art, New York City, The Walker Art Gallery Liverpool and the Schwules Museum Berlin. As we speak over the phone in early November, Dolan is enjoying spending time back in his studio, housed in Salford’s Paradise Works, having vacated the space at the height of the first wave. And despite the pandemic resulting in projects being put on hold or changing path altogether, Dolan sounds optimistic about the future of queer art in a post-pandemic world.

“At the beginning of the lockdown, I went into the studio with my husband and grabbed a load of stuff, and then set up a workspace at home,” he tells me of how he transitioned from working in his studio to his front room. “My husband works as a theatre consultant and he’s been working at home, and a friend of ours is a writer and he has also moved in with us. We all did our separate working days and then came together in the evening over dinner, which was great.” His garden, Dolan confides, was a place where he found some separation between work and his home life. “The garden has never looked better!” he laughs.

Despite the creativity-filled home he shared during lockdown, Dolan admits that returning to his studio was almost a necessity. “It was great to have that separation again,” he says. The houseshare must have been amicable though, as Dolan and his house guest Joshua Val Martin are currently collaborating on a project together. Martin, a playwright, is working with Dolan on a new performance, Double-Ender, which will see the merging of both their areas of interest: Polari and city walking tours.

Where did the idea for the collaboration come from? “There is a small festival called LIT in Macclesfield and they approached me, and asked me to come and do my Polari shtick,” explains Dolan, who has done performance lectures about Polari at various art galleries, museums and universities. “I did it as a solo performance and really enjoyed doing it. I hadn’t done performing like that in a while, and so thought about doing more of it.” He approached Martin, who organises walking tours of Manchester and has written a one man show about it, to discuss the idea of working on a piece together. “The two things sound unlinked in a way,” admits Dolan. “But we have actually made links between the queer cultures of cities, and how culture is changing as cities become gentrified.” Double-Ender will explore what gentrification means to queer spaces and culture, and how that impacts on queer people. Lockdown has meant that the performance is currently on hold, yet Dolan tells me that they are working towards a date in March.

On the theme of generational changes, Dolan has also been selected as part of a group of artists to help create more LGBTQ+ inclusive nursing homes in Greater Manchester. An idea by the Mayor of Greater Manchester, with the support of the LGBT Foundation, it is hoped that the project will enable older adults who identify as LGBTQ+ to be cared for in an inclusive environment during their later years. I wonder, what drew Dolan to this project? “It was an open call for older artists who wanted to work on a project to give nursing homes a queer makeover,” he explains. “As an artist, you often see competitions or open calls for young artists or emerging artists and there are actually very few opportunities for older artists to get involved in such projects. And there’s this assumption that because you’re older, you’re at a certain stage of your career and not interested in such opportunities.”

Dolan recalls reading about an “extraordinary” idea of a care home for older LGBTQ+ people in the novel series, Tales of the City. He believes the notions of LGBTQ+ people and ageing seldom go hand-in-hand. “It’s not a very discussed subject, and the limited research that exists suggests that queer people go back in the closet when they go into nursing homes and care homes. I think that’s perpetuated by this notion that older people don’t have a sexuality. Just think about Canal Street, you’re over 30 and you’re dead. So, this project really appealed to me, and how we could make a difference for older people through art.” Currently nursing homes are closed off to visitors, as a means of shielding the most vulnerable from the coronavirus. In the interim, Dolan says that he will be working on a similar concept with a sheltered accommodation facility in Bolton, a few miles north of Manchester.

As well as contributing to broader conversations about LGBTQ+ people ageing, Dolan’s work has also seen him preserving the history of older generations. In particular, a lot of his work has focused on the language of Polari. “If you talk to gay men, particularly under the age of 40, most of them won’t have a clue about what you’re talking about,” argues Dolan. “Having done some work with queer youth groups and you say, we’ve got a language, their minds are blown.” He believes that the teaching and preservation of queer history is important for LGBTQ+ people growing up today. “I think we have to appreciate that to have the freedoms that we do have, a lot of work and heartache and struggle has gone into that.”

Dolan adds, “We’ve been in Manchester nearly 28 years and I’m in a choir called the Sunday Boys and that’s really important to me, it’s very much a family. But I remember the days that there were bars and there were clubs, and maybe the helpline, but that was it. Social groups for LGBTQ+ people are very recent things. Now we have choirs and rugby clubs and knitting groups. I suppose it can be easy to forget that, and to forget our history.”

We look to the future, as Dolan and I bring our interview to a close. “There’s a perception from people in London that suggests that you’re not serious about creating art, if you’re not living in London. I think the pandemic will change that and change the art world massively,” he says when I ask him about being an artist based outside of London. The flocking of crowds to a London art gallery or theatre show might diminish, according to Dolan, who thinks people might take into consideration the arts venues closer to home, popping the infamous London Bubble. He is also hopeful that his neighbouring queer artists rise from the ashes of the lockdown. “Manchester has got some really interesting, talented artists based here and it would be really small minded to think that they aren’t able to succeed outside of London.”