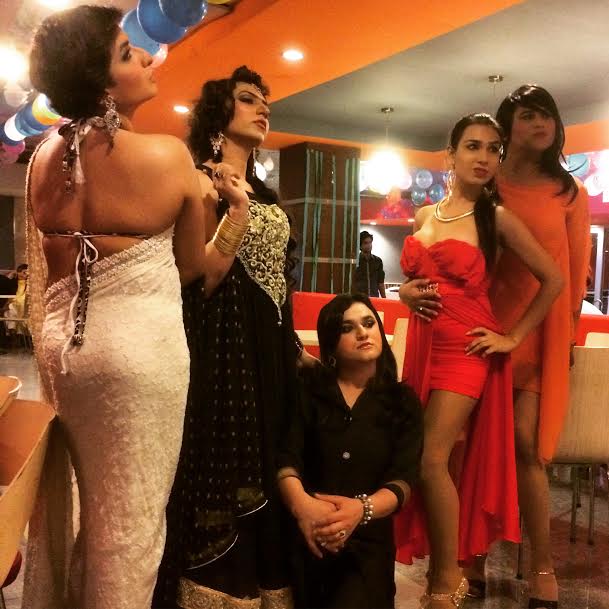 Following our preview of the excellent Poshida, and its debut at BFI Flare, Lee Williscroft-Ferris chats to Faizan Fiaz, the creative force behind the documentary.

TQ: Hi Faizan, How are you today?

Faizan: Not bad, thank you. It’s been an exciting couple of weeks gearing up for screening my first film at the BFI and doing some press around it. We were at the BBC just yesterday.

HOW DOES IT FEEL THAT POSHIDA IS PART OF BFI FLARE FILM FESTIVAL?

I’m delighted! Flare is unique; it’s a real highlight of the year and brings lots of the community together. I’m also really chuffed to have my first film screened at the British Film Institute; it’s a world-class venue.

So, what inspired you to make Poshida?

I’m British-Pakistani and I moved to Pakistan from the UK in 2007 and was immediately captivated by the place, in a way that I hadn’t been when we’d go there on family holidays growing up. Pakistan is teeming with stories, and they are so under-reported. The only thing people seem to know about Pakistan is the violence and terrorism but there are hundreds of other issues that don’t see the light of day, especially in film form. Poshida represents the complexities of Pakistan, which on the one hand has a long, vibrant history of transgender culture going back to the Mughal era, but on the other persecutes its gay population and I wanted to explore that and many other facets of the LGBTQ+ experience in Pakistan.

muslim drag queens‘ Asifa Lahore does a stellar job as the film’s narrator. what made you choose her for the role?

Asifa is a friend and is doing great work in highlighting similar issues, I thought it would be good to collaborate and show the community aspect at work.

The only thing people seem to know about Pakistan is the violence and terrorism but there are hundreds of other issues that don’t see the light of day, especially in film form.

What kind of challenges did you face in filming the documentary in Pakistan?

It was very hard getting people to appear on camera. While I met and interviewed scores of LGBTQ+ Pakistanis, all with really interesting stories, only a handful agreed to be on camera and even then, some of them requested dubbing to disguise their voices. Also, it’s tough making any independent film – the cost can be astronomical – but it helped already having some equipment and knowing the country well and having places to stay etc. Also, I have to say, without meeting my editor Giulio Gobbetti through a filmmakers group, the film wouldn’t have turned out half as well as it did. He’s been hugely dedicated and hardworking. I was also very fortunate to have some very talented friends such as Mike Wyled, Chopin Gard and Sonia Mehta who lent their considerable skills to the film.

What struck us when we watched the documentary was the breadth of backgrounds and personalities among those interviewed. How did you make that happen?

I’d lived in Pakistan for several years and got to know lots of different people, and the vastly different backgrounds they come from. Shafique, the cleaner, for example, works for someone I know and I’d often chat to them on their cleaning rounds and hear titbits of their story from here and there. The neighbourhood was quite gossipy! Shafique is definitely my favourite. Others were either friends of friends or people I know personally.

While I met and interviewed scores of LGBTQ+ Pakistanis, all with really interesting stories, only a handful agreed to be on camera and even then, some of them requested dubbing to disguise their voices.

Do you think the legalisation of homosexuality is even on the horizon? If not, what are the main obstacles?

I think that with the political climate in Pakistan, it’s quite impossible that homosexuality would ever be legalised there. Pakistani society has grown increasingly conservative over the last few decades. It’s something that I touch upon in the film, because Pakistan wasn’t always like that. It was only with the rule of General Zia al Haq in the 1970s that Pakistan took a turn towards a strict Saudi style of extreme religious government. Before then, Pakistan was reasonably liberal and even before the country was created, Sufi Islam – the softer mystical version of the religion – was prevalent. There are shrines in Pakistan and the region where sufi saints and their male lovers are buried together.

The film mentions both the historical role played and current irritation sometimes caused by western countries when it comes to LGBTQ+ rights in Pakistan? How exactly should/can the western world help to advance the rights of LGBTQ+ Pakistanis?

The film discusses the role of the United States in advocating for LGBTQ+ rights in Pakistan. From my research and from talking to activists, the US advocacy model is unhelpful to say the least. It undermines the efforts made by local activists and enrages the local population by riding roughshod over cultural sensibilities. The anti-sodomy laws in Pakistan were inherited from its British colonial rulers, ironic given the advances the UK has made in LGBTQ+ rights since that time. As for what can be done, I think the obvious thing is for western countries to work closely with activists in the country and the Pakistani LGBTQ+ diaspora outside the country and take their lead from those in the know.

I think that with the political climate in Pakistan, it’s quite impossible that homosexuality would ever be legalised there.

Ali Salem seems convinced that homophobia isn’t an issue in Pakistan. To what extent do you feel that that view is coloured by a degree of privilege?

It’s absolutely coloured by privilege. As an upper-class Pakistani your life is 100% easier in every aspect. The middle classes tend to be the ones that suffer more because there’s more expectation on the individual to, for example, present a good image to society, to have a good job, to get married – things that can be problematic if you’re transgender, especially. Having said that, class in itself is a very complicated and fascinating issue in Pakistan overall.

DO YOU FEEL THERE IS ANYTHING THAT BRITISH LGBTQ+ PEOPLE COULD LEARN FROM THEIR PAKISTANI COUNTERPARTS?

It’s interesting to view LGBTQ+ people in Pakistan because they aren’t as hedonistic as LGBTQ+ people are in the west. Alcohol is illegal in Pakistan and of course there are no bars and clubs so people tend to meet and form relationships and communities in a more authentic way.

As an upper-class Pakistani your life is 100% easier in every aspect.

What would be the ideal outcome of the film, both in Pakistan and beyond?

Pakistanis are very jumpy around issues of gender identity and sexuality and they can and do produce knee-jerk reactions, so the ideal outcome would be some support to make more films on the subject and to open dialogue.

TELL US A LITTLE BIT ABOUT HOW YOU GOT INTO FILM-MAKING IN THE FIRST PLACE.

My background is in TV news. I’ve worked for a lot of news organisations, both in the UK and in Pakistan. I learnt how to film when I went freelance and started making video packages for people like the Associated Press. I think it was just a natural next step to extend that to documentaries; it was always a little frustrating not to be able to explore subjects in more depth than short form news reports allow. Plus, I’ve always had a creative streak so films are a good extension.

Do you have any other projects in the pipeline?

I’m working on a screenplay set in the east London suburbs in the mid 80s. Its themes are going to be Asian culture, gender identity and 80s music from both the UK and the Indian subcontinent. Wish me luck!

You can find out more about Faizan on their official website and by following them on Twitter (@Faizan_Fiaz). It’s also not too late to see Poshida at BFI Flare Film Festival. Click here for more information.