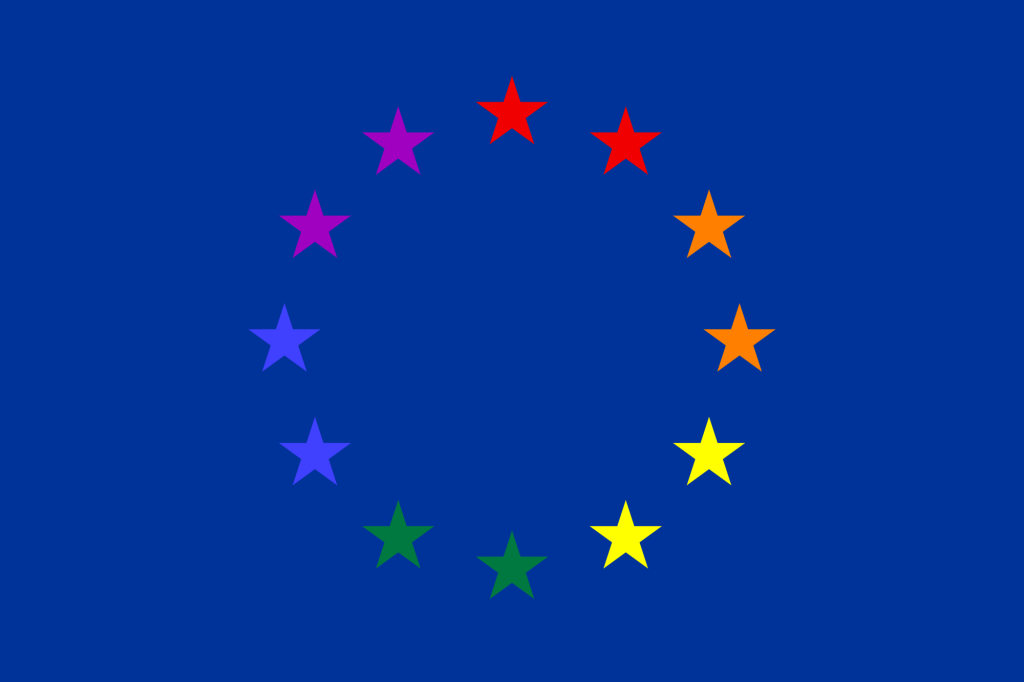 As the referendum on the UK’s membership of the European Union draws closer, Sally Brett, Senior Policy Officer in the TUC’s Economic and Social Affairs Department, describes what is at stake for LGBTQ+ people.

By the time of Pride in London, we will know whether Britain’s future lies in or out of the EU. We’re told that the final vote will boil down to immigration versus the economy. But the EU is about more than simply free trade and free movement. Among its founding principles are respect for human rights and equality.

At the start of this campaign, Boris Johnson urged the LGBTQ+ community to vote out, saying that LGBTQ+ rights did not come from the EU but from our parliament and our courts. This is not true.

In 1992, a trans woman was sacked by her employer for undergoing gender reassignment. She tried to complain to the UK courts but they said she was not protected in UK law. In 1996, her case went to the European Union’s Court of Justice, which ruled in her favour. The government, which had argued against her in the EU court, was forced to change the law in the UK to protect trans people from discrimination at work.

The EU is about more than simply free trade and free movement. Among its founding principles are respect for human rights and equality.

In 2000, the EU legislated to require all EU countries to ban sexual orientation discrimination and homophobic harassment in the workplace. The UK government introduced these rights just ahead of the EU’s final deadline for implementation in 2003. Before that, there was no protection in the UK.

But things have moved on in this country since those first laws were passed – we now have same-sex marriage, equal parenting rights for same-sex couples and protection from discrimination beyond the workplace which are not required by EU law – so why is it so important to still have the EU guarantees?

First, EU equality law requires rights to be effective in practice. This is why the trade union Unison is using EU law to challenge fees of £1,200 to take a discrimination case to tribunal. These were introduced by the government in 2013 and since their introduction, we’ve seen sexual orientation discrimination cases fall by 69%.

Employers who discriminate also face serious financial penalties at the moment because EU law says victims must be fully compensated and employers must be discouraged from discriminating. But Conservative politicians say they want to cut compensation for discrimination claims and they’ve already done this for unfair dismissal – a right not guaranteed in EU law.

Second, as LGBTQ+ rights have developed, there have been repeated attempts in parliament and the courts to grant wide-ranging exemptions on the grounds of religion or belief. EU equality law and European human rights law have been critical in balancing the right to equality with the right to freedom of religion or belief. See, for example, the decisions by the European Court of Human Rights on the cases of the Christian registrar who refused to carry out civil partnerships and the Relate counsellor who refused to counsel same-sex couples (the Ladele and McFarlane cases).

EU equality law requires rights to be effective in practice.

This is why if the UK votes to leave the EU, we risk losing our human rights guarantees too. The Vote Leave leaflet that came through my door yesterday had Sir Richard Dearlove, former MI6 chief, on the back saying that one of the gains from leaving the EU would be “the ability to dump the European Convention on Human Rights”. This is the Convention that resulted in this country in: the de-criminalisation of male homosexual activity in Northern Ireland (1982); the end of the ban on lesbian and gay men serving in the military (2000); the equalisation of the age of consent (2001); and introduction of the Gender Recognition Act (2004). Imagine what signal the UK pulling out of the Convention would give to some of the other 47 countries who are signed up to it – like Putin’s Russia.

Respect for human rights is a core value of the EU and EU member states are expected to sign up to the Convention.

There has been a lot of talk of national sovereignty and democracy in this campaign. But democratic countries agree to be bound by things like international human rights standards because ensuring respect for human rights is an essential part of creating a vibrant, democratic society in which we can all fully participate and thrive. A vote to leave the EU on 23 June would have a long-lasting impact on the kind of society we are and on the rights of minority communities in particular.