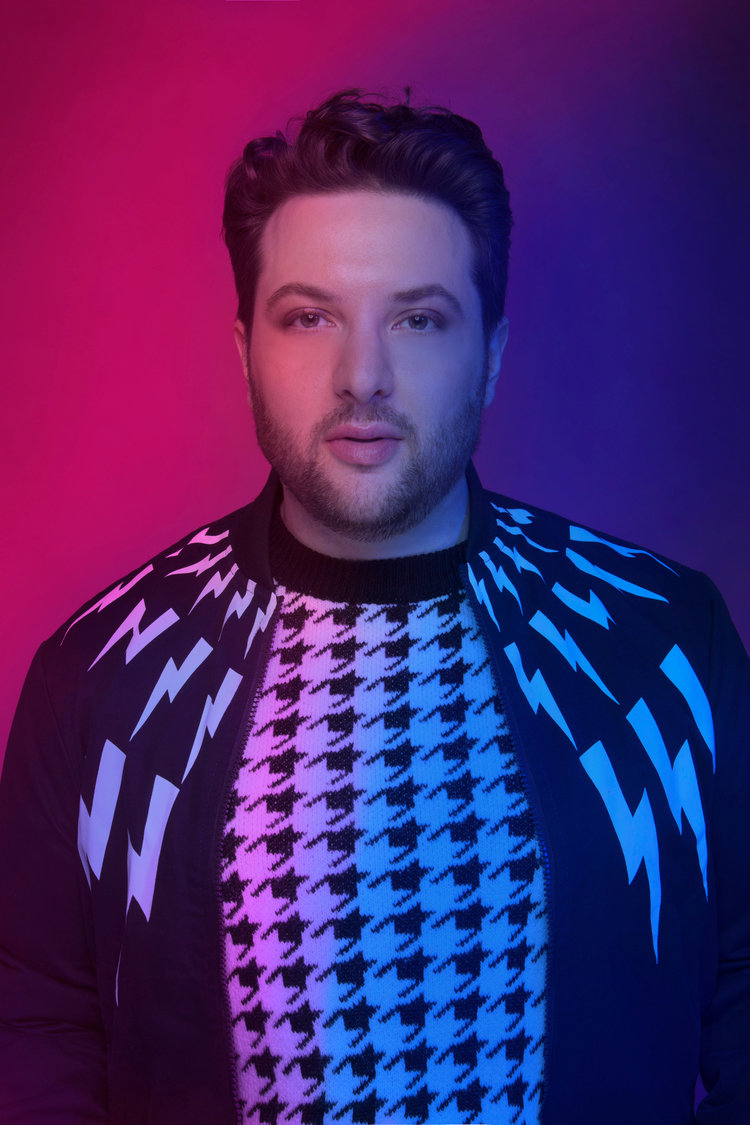 Hadley Stewart sits down for a chat with Lev A.C. Rosen, author of Jack of Hearts (And Other Parts)

Jack of Hearts (And Other Parts) is a fearless exploration of a queer teenager’s life, with no aspect too taboo for the pages of this young adult book. Sex education coupled with a mysterious narrative, the book’s author, Lev A.C. Rosen, has been praised for his frank approach to discussing queer sex for a younger audience. The book’s protagonist, Jack, is positioned as a queer peer that educates readers about sex and relationships for LGBTQ+ young people, answering questions they may have been too embarrassed to ask before. Jack of Hearts has been popular in the author’s native USA, and has also been making a splash here in the UK. Having just spoken at an event in Manchester, I caught up with Rosen at Penguin Random House in London. Rosen’s jet lag was quickly evaporated by his obvious enthusiasm for the book and its central character.

“It was exciting!” says Rosen of his first foray into YA writing. “I have a lot of friends who are in the YA writing community, so I knew a lot of people in that area. It was fun to finally be stepping into a space where I knew a lot of people already.” Despite being an established author, this book didn’t come without apprehension. “Certainly with this book, there was some trepidation about the sort of responses I’d be getting. But the moment I saw my first negative anything, it came from a place of such sort of… of where you’d expect it come from.”

The book has received overwhelming praise from readers and critics both inside and outside the LGBTQ+ community; yet, that hasn’t shielded Rosen from homophobic jibes at his book. “Some person called it heterophobic at one point,” he shrugs. “Everything I’ve seen that’s negative, and I haven’t seen much honestly, has been nonsense enough that I can say, well that’s homophobia. For some reason that’s extremely easy for me to brush off than if they’d gone more personal, saying things like the writing is bland. As for the critique that queer people shouldn’t be allowed to have sex, well that’s why I wrote the book, because people think like that.”

Despite these critiques, readers have been enthralled by Jack of Hearts, praising it for being a narrative that goes beyond the traditional coming out stories that have come before. “I’ve been saying that it’s not a coming out book, it’s a staying out book.” Rosen explains. “That’s really what I wanted to explore, the idea of a book about queerness that was post-coming out.” And a bit more sex than we’re used to in queer YA, maybe? “In queer books, you see sex on the page sometimes, but you don’t see it nearly as much as you see it in straight books. I really wanted to make sure that this was a book that you couldn’t ignore the sex in.”

Educated at a liberal private school in New York City, Rosen’s sex education didn’t serve him well – a story shared by many LGBTQ+ people of any generation. “I got sex education. My sex education was: put a condom on a banana, watch a movie of somebody giving birth, and here’s a list of various diseases. And that was it. That was a pretty liberal school in a pretty liberal city, and that was the extent of it. That’s kind of still where it is in a lot of places.” Rosen also acknowledges that most sex education seems to be fear-based, something that he thinks needs to be challenged. “It’s all about not getting a disease and not getting somebody pregnant. Or just not having sex. I think that only now are we really starting to see an emphasis in sex education on the ideas of pleasure and consent.”

In addition to contributing to educating young people about queer sex through Jack of Hearts, Rosen recently spoke with the teacher in charge of the Sex Education curriculum at his old school. “She’s in the middle of a revamp to make sure that queer sex is on the agenda, because that was never ever covered in high school. It was all just about the penis and vagina.” Although change is in progress, Rosen feels that for many young people from outside his liberal upbringing, it is not arriving fast enough. “I’m happy that it’s finally changing, but I wish that it could happen faster. I hope that the book is there for people it is not happening faster for.”

“I think that sex education for teenagers comes best from a peer,” Rosen argues, when I ask about why he decided to educate teenagers through a fiction book. The Netflix show Sex Education has also been a useful resource for young people; yet, Rosen assures me the book was sold well before the show was announced. “I think that the reason we’re seeing so much of that is because we know that teenagers are getting their sex education from their peers; they’re not getting it from adults. So when you think about teenagers and where they’re getting their sex education from, aside from pornography, it’s from talking more with each other. I think that’s the most effective and personal way to do it. That’s why Jack works; it’s because he’s a peer and he is giving advice as a peer.”

So who was Rosen thinking about when he wrote the book, I wonder. His teenage self? “I think with all books, the first audience is the author,” he tells me. “So yes, I was definitely thinking about teenage Lev a lot. I think teenage Lev would have hated Jack, but this book would have helped him to realise that Jack is not a bad person. He’s awesome and just as much as the right kind of queer as you are.” Growing up, Rosen did not always view fellow queer people in a positive light and believes that the queer characters in the book go some way to help young people widen their views. “I was much more like a Jeremy in High School – anything that another queer person does reflects poorly on me. That when you come out, especially in conservative families, they will say they don’t like queer people ‘except you, you’re special’ and that sort of reinforces that idea that behaving in what straight society deems a ‘bad way’ is inappropriate, and your goal as a queer person is to appear as straight as possible.”

Rosen continues, arguing that society’s views are not always reflected by progress made in legislation. “We’re pro-gay marriage, but you don’t have to be ‘in your face’ about it. That whole concept is just such bull shit.” He pauses for a moment, then asks, “I’m sorry, can I swear?” I laugh, surprised to have made it over half-way through an interview with a New Yorker without hearing a single swear word. I smile and nod, so the polite New Yorker continues. “It’s just such bull shit, because it has to do with gender conformity and all these ideas that straightness is somehow the ‘right way’ and the moment you divert from that, you are constantly being told that you’re wrong and that’s not right. On the liberal side, you’re allowed to be gay, but only if you behave straight. Or only if you’re looking for a sweet, monogamous marriage. That’s the right way to be gay, and Jack is a ‘bad gay’.”

Moreover, he seems baffled by the notion that young people reading about queer characters will ‘turn’ young people queer. “Queer teens are thankfully becoming more prevalent. That hasn’t limited the ridiculous idea that if children see queer things, they will become queer. Do you know how much straight stuff I saw growing up?” he shakes his head. “If that were the case nobody would ever be gay, because all acceptable literature is focused on straight people. Even if you look at our historical queer literature, queer people don’t know about it anymore.” In a recent article for Attitude, Rosen wrote about the importance of LGBT History Month, and how many queer people have a limited understanding of their history. “People just don’t talk about that stuff.”

Turning his thoughts to the future, Rosen hopes for more queer characters on the pages of his forthcoming books. “Nothing is certain, but I have a few projects in the works. I don’t want to talk too much about them, but my agent has four projects right now that she’s going over. I’m excited to see if they’ll sell.” Given the cross-Atlantic success of Jack of Hearts, I can see Rosen’s name returning to the queer YA bookshelves in the near future.

Photo by Rachel Shane. With thanks to Simon Armstrong of Penguin Random House.