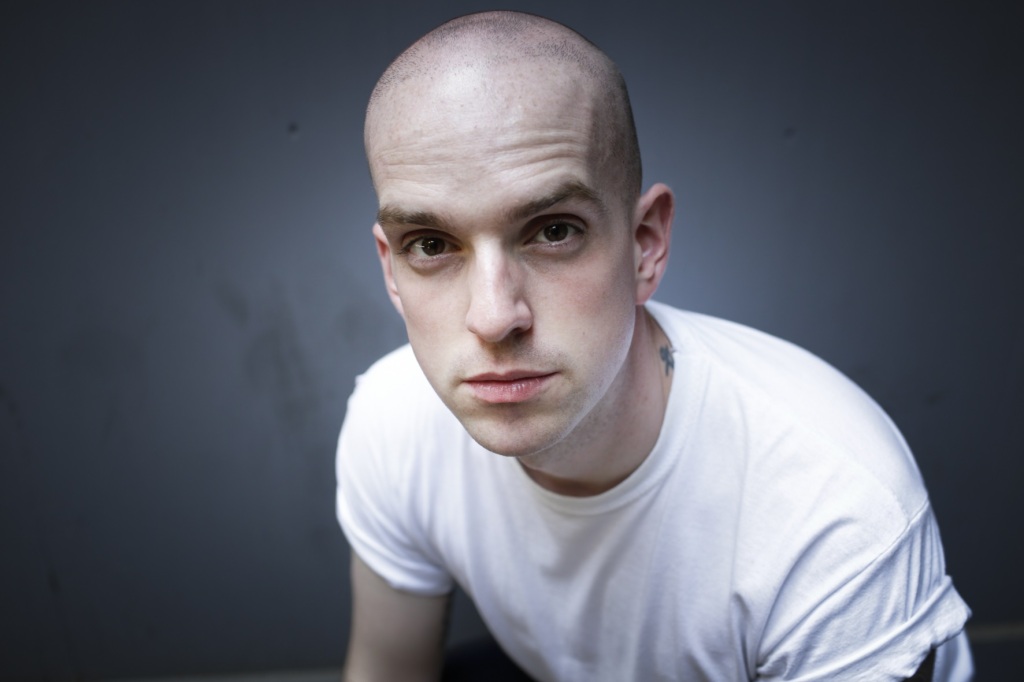 Hadley Stewart sits down for a chat with Polari Prize-winning author Andrew McMillan.

Andrew McMillan and I take a brisk walk from Manchester Piccadilly station, where he has arrived to meet me from my train, towards where we’re having today’s interview. As we weave our way through the streets of Manchester, McMillan asks me how people manage to live in London. “As I writer?” I offer. “As anything!” he replies. The Yorkshire-born poet is unapologetically loyal to his Northern roots, saying he never felt the need to move to “make it” in London. He later tells me he has to leave parties and award ceremonies in London early, to make sure he can catch the last train back to Manchester; but I’m not entirely sure he’s all that bothered about missing out on a few free canapés.

McMillan’s postcode hasn’t held him back when it comes to recognition from his peers. In addition to the Polari Prize for his second book of poems, Playtime, his first book was equally showered with awards. Physical, received the Fenton Aldeburgh First Collection Prize, an Eric Gregory Award and a Northern Writers’ award. His debut collection was also shortlisted for Dylan Thomas Prize, the Costa Poetry Award, The Sunday Times Young Writer of the Year 2016, the Forward Prize for Best First Collection, the Roehampton Poetry Prize and the Polari First Book Prize. In brief, McMillan’s poetry is earning well-deserved recognition.

As we enter a converted warehouse and sit in its ground floor bar, I begin by asking McMillan how it feels to have just won this year’s Polari Prize. “Really good,” he tells me. “It was just a really nice validation of the book. Second books are harder, but I was really lucky with the first because it got a lot of attention and it had a certain trajectory. Second books are often quieter, people have moved onto the next thing. So it was nice to have that prize.”

Playtime is quite different to his debut, Physical. His second book seems closer to the bone, more intimate and revealing. Where did the idea for it come from? “It took a long time to sort itself in my head,” McMillan says as he takes a sip of his tea. “The first one, Physical, ended up being about me or people like me in our early twenties. I became really interested in how I became that person who was able to write that book, and how my life had kind of changed.” He says that by the time Physical had been published, he’d settled down and was living with his boyfriend. “I wasn’t that person who had written the first book.”

Delving into this exploration of how he had developed as a person, McMillan began reflecting on his childhood experiences. “It struck me that the first time I’d heard the word gay, was when someone called it me at school as an insult. I didn’t know that was a thing, I didn’t understand what it was.” I tell him this is an experience we share, and how I used to struggle to use the word ‘gay’ to describe my sexuality. “Right? I knew that I didn’t feel the same way as those other boys in my class that seemed attracted to girls. I knew that that wasn’t what I was, I just thought maybe I was developing slower or what. There was just no language for it in schools, because this was Section 28 era. It became a kind of mission with the book to go back in time, to the point when I didn’t have the language for it, with my adult head on, to see if I could sit in those uncomfortable experiences. And to write back through those experiences, in a way that was useful for other people.”

McMillan describes having to sit in these uncomfortable experiences as “quite difficult”; however, it wasn’t just posing a challenging to the writing itself. He began to realise that these negative experiences from his past were impacting on how he was behaving in the present. “I realised that I wasn’t a nice person anymore, that I was quite unhappy,” he recalls. “And not with my life right now, but because I was having to sit in these quite difficult spaces. And then just sit in them for days, because that’s how you write; you just have to sit in the discomfort.” That being said, there was something quite freeing about the experience. “I’ve always seen poetry as a way of redeeming stuff that you’re not necessarily proud of, or ashamed of. Poetry is almost a way of growing up, and through that it becomes a process of redemption. When you think about it, you sort of give it up to someone else and becomes the reader’s.”

I remark that we are currently living through a moment when it comes to discussions around masculinity, an important theme in Playtime. “It seems to me exciting, it seems to be overdue,” replies McMillan. “I do think for men, particularly working class men, there’s a sense that these conversations are the right conversations to be having. Men have behaved appallingly and there’s no kind of apology that can be made for that. But young men are being raised in a society which is changing, but the way in which they’re being raised hasn’t.” He draws on parallels between young men turning to pornography as a substitute for not having access to good sex education, and issues around consent. “It’s not inevitable that people turn out like that,” he argues. “It’s the way the education system, the economy, things like that, are set up.”

Then, I ask about masculinity in the gay community. “God,” he sighs. “When I first came out, I was 16. My role models were Jack from Will and Grace, and because of the way that show was written, there was Will who was economically successful, but sort of a ‘bad gay.’ He just didn’t do it right, he could never get the sex or whatever, but he was very wealthy. And then there was Jack who was a bit fickle, but incredibly successful as a gay man. I assumed that’s what it was. There was either this masculine identity that was associated with wealth, or something that is quite promiscuous and flamboyant, and that was the only way to do it. So for a long time I modelled my identity on that.”

He says that coming out also compounded his eating disorder; seeing “hyper skinny” as a trend amongst gay men at the time, McMillan felt the pressure to comply. He observes that now there is a shift towards a “muscular frame” as the image of the ideal body that gay men are being fed. “I do think the big problem with masculinity in the gay community, is that it’s entirely predicated with sex. So coming out even at 16, someone goes ‘Are you a twink? Are you an otter?’ And I get it, it’s kind of fun and it comes down from Polari, but it’s all entirely connected with seeing oneself as a sexual thing.” McMillan acknowledges that there are positive things being achieved on the peripheries of the queer community regarding body image and masculinity, yet he thinks there is still quite a way to go for gay men.

How does he feel now, I wonder, going into gay spaces? “I still feel self-conscious all the time, like when I go out to a gay club. And I think that’s all sort of linked to alcohol consumption and drug use in queer spaces,” he says. “There is something about society thinking that what you do is disgusting, there’s this desire to perfect it, and have the perfect body, in order to make it as beautiful as possible. I think gay men do that to counteract that.”

Coming out, on reflection, might not be such an accepting experience after all. “It’s not an easy space to be in I don’t think. You imagine when you come out and you think it’s all about being free, but it’s not. I think it’s quite difficult to be in those spaces for some people.” he says, before pausing. “Is that fair? Is that just me?” I tell him it is most certainly not just him, whilst pulling out a book I’m currently reading by French author, Édouard Louis, who writes about similar themes. McMillan smiles, telling me he knows Louis, speaking generously about his writing and talent.

As we part ways and McMillan goes off to Manchester Metropolitan University, where he is a senior lecturer, I reflect on just how grounded he seemed throughout the interview. He spoke passionately about his work, yes, but he was also modest and grateful. I get a glimpse of why this might be, when I ask about the dedication in the front of Playtime. “Ben’s my boyfriend,” he shares. The couple have been together for almost five years, live together in north Manchester, with their pug, Patricia. Ben hates poetry, McMillan tells me. “You couldn’t drag him to a poetry reading! I kind of like that, it keeps me grounded,” he laughs. When Physical came out, the pair had only just started seeing each other, with McMillan promoting a book that discussed his two ex-boyfriends. “I suppose that was sort of an apology to him, to dedicate the second book to him,” he says. Although there is one poem about his boyfriend in Playtime, when I ask if he would write more about Ben, McMillan says he is conscious of respecting the privacy of their relationship. He assures me, however, there are more poems in the works.

Playtime is available to buy now. Photo by Urszula Soltys.