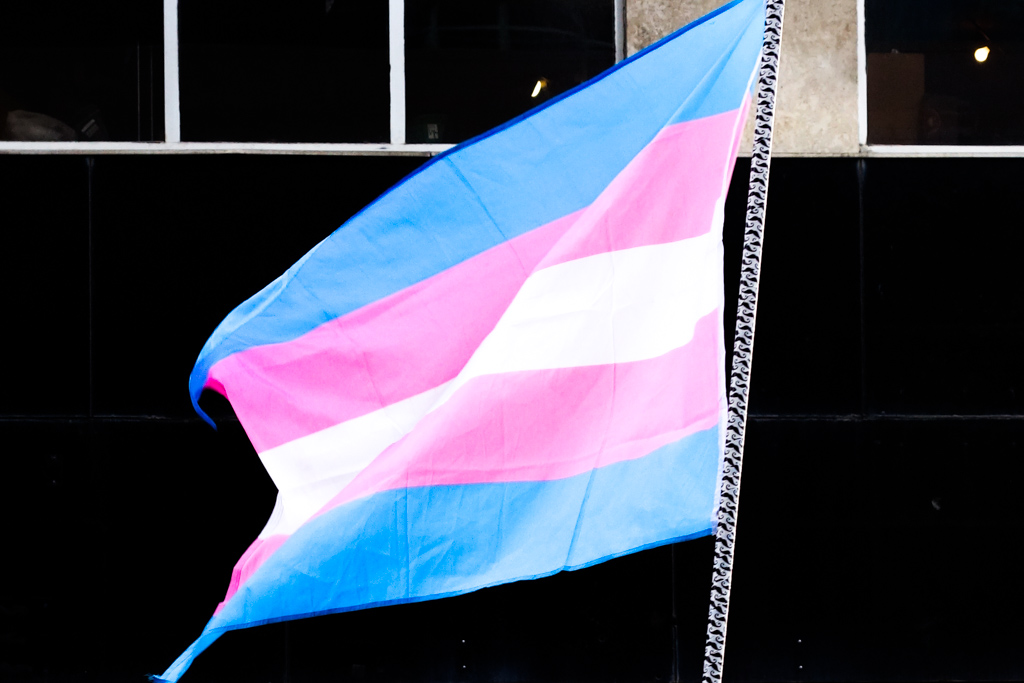 Increased transgender visibility is heralded as a “tipping point” for the transgender community, but is it helping the trans community? Aria Ehren offers her perspective.

No doubt, we are in an age of increased trans visibility. It’s what the press is telling us, it’s what Hollywood is showing us, and the truth that there are already trans people in our everyday lives is starting to become clearer to the masses who are starting to pay attention. It is in many ways, as Time Magazine put it, “The Transgender Tipping Point“. But, what’s really tipping, and is it tipping enough to make actual progress for trans people?

This increased visibility has come, and continues to come at a cost. While we have visibility, we continue to face incredibly slim representation. While we have a handful of amazing transgender celebrities, these celebrities represent only certain narrow bands of trans existence and — especially among actors — they are not always in control over the narrative.

Increasingly troubling is media insistence on continuing to tell our stories within the limitations and framework of the very systems we fight against. Our stories and struggles are being and commodified for maximum appeal to a wide audience, often without our involvement. We’re also being shut out of representation in portrayals where it is most critical we be represented for the sake of accuracy in the face of a history often viewed through a narrow lens.

What we’re observing is not a deep, enduring will to improve transgender lives, it’s the grasping of marketers and executives to ride the wave of trans visibility and monetize our struggles. The money making apparatus of the media is not seeking to tell our stories accurately, but to select for the most ideal, appealing, or controversial depending on which representations are most salable in the current market. This is the transgender experience being leveraged for monetary gain by the same people who have profited in past and continue to profit from our oppression.

Hyperbolic conspiracy theory? Maybe so, but the end result is that trans people are still not benefiting in the ways we need to be.

In television and online streaming, we have been observing a slow increase in visibility since before the “Tipping Point” was declared, but a rapid increase in transgender characters since then. We have become the product in a fully exploitative, appropriative manner. Similar to gay representation in the 1990s, we stare into our screens and stereotyped, shallow versions of ourselves are reflected.

The tradition of hiring cisgender male actors to play transgender women, and cis women to play trans men continues to this day with actors winning awards and critical acclaim for their brief portrayal of a cisgender interpretation of our lives. They are praised for their bravery, rewarded for their courage, and passed large paycheques while actual trans people continue to be underemployed and impoverished.

Transgender reality TV has quickly become a thing, and it is not for us either. It may cast and star real transgender people, but it’s formatted and presented for a cisgender public. It sells our struggles as entertainment and profits from both the curiousity of the public and the grasping of trans people to see ourselves in the media. Arguably it’s never been about us, with many past examples having relied heavily on the tropes that have long served to make us targets.

Reality TV may be changing with the times, and it may even manage to help educate the public and normalize our existence, but at the same time it’s continuing to support an industry owned and run by many cisgender people who profit from our exploitation. Worse they continue to provide and profit from the platform of our detractors. While their moods may have shifted and we may now see mostly positive representation, it’s at their whim, and the wind can still push against us at any moment.

In two weeks many of us will be memorializing our dead peers and friends around the world, killed in violent crimes over the past year. We legitimately wonder whether we or our friends will be on that list next year. We cry, we swallow, we get up, we hug those close, and we try very hard to carry on existing.

We need acceptance from cis people, and — to be fair — acceptance seems to be increasing, but is it acceptance of us for who we are? Would cis people see humanity in us if we were not being repackaged in the image of cis humanity? So removed is the image of ourselves seen on TV and in the paper from the actual realities we face that it’s hardly recognizable. It’s a simulacrum of a cis person with just enough trans flavour to appeal to novelty, and to us it has no immediate value. It doesn’t create jobs, feed us, provide shelter, let us go to the bathroom, give us legal protections and remedy, grant us medical treatment, or stop us from getting killed.

If visibility is indeed the path to acceptance, then we need visibility that improves the lives of all transgender people. What we’re getting right now falls far short of the mark. The “tipping point” won’t truly have been reached until that occurs.

*: This is absolutely not to say there is anything wrong with any of those identities or expressions listed, but with how trans people in these categories are exploited for appeal to a cisgender public.