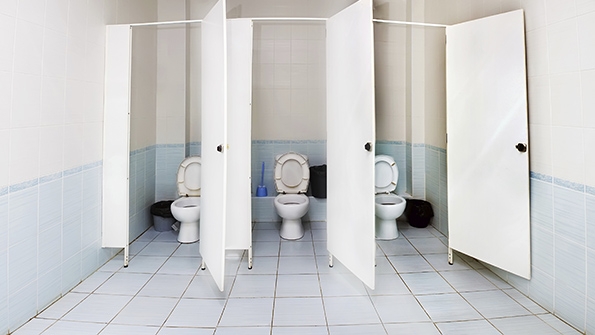 In this deeply personal article, a guest writer and survivor of sexual violence objects to the appropriation of sexual assault to deny trans people their basic human rights.

*Content Note: This article contains a description of sexual assault, with references to sexual violence throughout.

Two years ago, I went into the toilets of a bar. When I emerged 10 minutes later, my life had been turned upside down. A bang to the head with the cubicle door and a knife to the throat was all it took to overpower me. The road to emotional recovery has been rocky, to say the least. Anti-depressants and counselling have become a part of life. I have self-harmed and come frighteningly close to ending it all. Thankfully, I am starting to see light at the end of the very long tunnel.

Here’s the thing, though. I am a cisgender gay man. I was attacked by another man. This means that I am forced to undergo an incredibly painful process of re-adaptation to what should be the very banal everyday task of relieving myself when not in the comfort of my own home.

This is why I am so angry at those that would seek to deny trans people the right to use the appropriate toilets. It infuriates me that transphobes would effectively appropriate the trauma of sexual assault for their own nefarious purposes. Let’s be clear about this: there is no evidence whatsoever that trans people pose a disproportionate risk to cisgender women at all, let alone in public conveniences. It is quite simply a myth, but a very dangerous myth nonetheless.

The reality is that sexual assault (I still can’t bring myself to say or write the ‘r’ word) is often an opportunistic crime. The fact that it sometimes occurs in public toilets is no more an excuse for banning certain people from them en masse than it would be reasonable to ban men from dark alleyways. Human beings can be shitty. It takes a special kind of shittiness to violate another person sexually. But to try to pin that shittiness on trans people specifically, when the overwhelming evidence negates your entire standpoint is plain ludicrous. What’s more, it completely shits all over my own traumatic experience.

Let’s be clear about this: there is no evidence whatsoever that trans people pose a disproportionate risk to cisgender women at all, let alone in public conveniences. It is quite simply a myth, but a very dangerous myth nonetheless.

The vast majority of people go into public toilets to ‘do what one does’. This is, quite simply, a matter of basic human rights. It is not for cisgender females to decide whether or not trans women are deemed worthy of accessing the most rudimentary public provision. Furthermore, forcing trans women to use men’s toilets puts them at considerable risk of physical assault. Are we really comfortable with the notion of jeopardising a trans person’s life to assuage the wholly irrational unfounded fears of a minority of cisgender women? File under ‘the very definition of cis privilege’.

I do not underestimate the utter terror and lasting damage caused by sexual assault. Believe me, I know all too well how that feels. Neither do I deny that for some women, you do not necessarily have to have been assaulted in a toilet to feel anxious in the enclosed space of a cubicle. Two points should be borne in mind, though: first, your trans counterparts are proportionally more likely to fall victim to physical and sexual assault over the course of their lifetimes, such is the rampant prejudice with which trans people are confronted every day of their lives. Second, unless you are willing to literally scrutinise every fellow visitor to a public toilet for signs that they may be trans, in which case you really do need to focus on the issue at hand, you will never know whether or not you are sharing that space with a trans woman.

Are we really comfortable with the notion of jeopardising a trans person’s life to assuage the wholly irrational unfounded fears of a minority of cisgender women? File under ‘the very definition of cis privilege’.

The bottom line is this: I do not have the option of banning other men from public toilets on the grounds that men sometimes sexually assault other men there. Even if there were documented incidents of trans women assaulting cisgender women in such environments (there are literally none), the heinous actions of a minority should never lead to the collective punishment of an entire group. Terrible deeds are perpetrated by terrible people in a variety of scenarios and in all manner of circumstances. Frankly, I’d have more respect for proponents of anti-trans legislation if they ‘fessed up and said they just find trans people ‘a little bit yucky’.

No matter how many falsehoods these people wield to support their thinly-veiled hatred, one person’s dignity is never enhanced or restored through the removal of someone else’s. The sooner supporters of transphobic lawmaking get on with the ‘business at hand’, rather than exploiting and distorting the genuine fears of victims of sexual violence for their own ends, the better for all concerned.

The identity of this guest writer has been concealed at his own request.