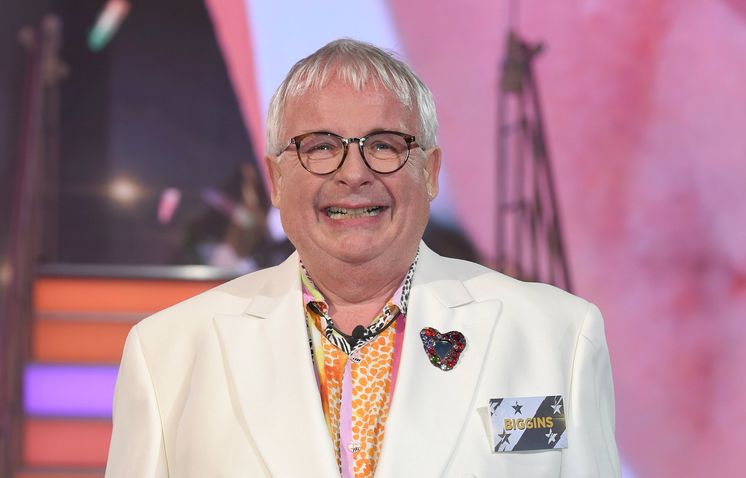 Christopher Biggins’s removal from Celebrity Big Brother and subsequent denial of biphobia show just how far we have to go when it comes to recognising and addressing our own prejudices. Guest writer Holly Matthies writes for The Queerness.

So, a guy who is – or rather was – on Celebrity Big Brother said some biphobic things: bisexuality is ‘the worst type’ of sexuality, AIDS is ‘a bisexual disease’, bisexuals ‘ruin relationships”… You know, all the usual things.

The unusual thing, though, is that this time people seem to be taking notice. Someone I know, Sali Owen, rightly called the response to Christopher Biggins’s comments ‘unprecedented’ on Twitter, saying “This is the first time I’ve ever seen any repercussions for biphobia in the media.”

The CEO of Stonewall wrote about biphobia in The Guardian. Stonewall, along with the other not-often-friendly-to-bisexuals Peter Tatchell, have banned Biggins from hosting events until he apologises to bi people. Twitter was, to say the least, unimpressed. He was even removed from Celebrity Big Brother, though since he also made an anti-semitic ‘joke’ about the Holocaust, it’s unclear to what extent the biphobia was part of the decision to kick him out.

The unusual thing, though, is that this time people seem to be taking notice.

Biggins’s apology for his biphobic comments is the epitome of the ‘I’m not sorry I did it, I’m just sorry people are yelling at me’ kind of fauxpology that public figures have to produce when they’ve been caught saying what they actually think: ‘I am mortified by what’s happened, really mortified,’ he said. ‘I have a lot of bisexual friends and I’m not in any way a bigoted person.’ But he continued: ‘But I think they do fuck up a lot of relationships.’ (Let’s hope it takes a better apology than this to get Stonewall and Peter Tatchell and other LGBTQ+ groups to end their ban on Biggins!).

After taking a moment to ruefully laugh at his true opinions ultimately rising to the surface, I considered the ‘I’m mortified… lot of bisexual friends… not a bigoted person’ bit. While a lot of people know that the ‘I’m not racist, I have black friends!’ construction (substituting other bigotries for ‘racist’ and other kinds of ‘friends’ as necessary) is a lame thing to say, maybe we don’t talk enough about why.

Because people, like Biggins here, still seem to think that friendship is a guarantee that you are not, cannot, never will be, able to say anything bigoted against any group that any of your friends are part of. The implication seems to be ‘if I were biphobic, all these bisexuals wouldn’t be friends with me!’

Biggins’s apology for his biphobic comments is the epitome of the ‘I’m not sorry I did it, I’m just sorry people are yelling at me’ kind of fauxpology that public figures have to produce when they’ve been caught saying what they actually think.

I would argue that friendship doesn’t work that way. That’s not what friendship means. Even if using them to deflect criticism wasn’t a reductive, dehumanising way to talk about your friends (and it is!), it still fundamentally misunderstands what being friends entails. Do you have any friends you agree with entirely, condone wholeheartedly? Friends who never make mistakes, never make you roll your eyes, never make you need to change the subject? I am certain that I am incapable of being such a flawless friend and I don’t expect my friends to be any such thing either.

But perhaps this is what Biggins imagines: that bisexuals are only ever friends with people totally free of biphobia. Does he think it’s possible for us to take a ‘zero-tolerance’ approach? I fear so; why else would he mention his bisexual friends in reference to his biphobia?

Biphobia is so widespread that I don’t feel I have the luxury of shunning everyone who ever commits it. It’s so pervasive that if I decided not to associate with anyone who ever did or said anything biphobic… it’d have left me even more lonely than I sometimes have been. I’ve heard biphobic shit from mates. What if one of them, one day, was challenged on it and said ‘Oh I can’t be biphobic, I’m friends with a bisexual,’ thinking of me? I could imagine it happening. My friendship shouldn’t be taken as a free pass, absolving anyone of biphobia.

His comments about bis and bisexuality confuse bisexual identity, which is what he disparages and blames for everything in these comments, with bisexuals’ behaviour, which, of course, is as varied as that of any other group. Like the Bisexual Index said on Twitter (and on its website): ‘Bisexuals do not ‘spread AIDS’. Bisexuals do not all ‘fuck up relationships’. HIV is spread by certain activities. All sexualities can fuck up.’

Biphobia is so widespread that I don’t feel I have the luxury of shunning everyone who ever commits it.

And in the same way, he wants us to care about his identity as Not-In-Any-Way-Bigoted more than we care about his behaviour in spewing forth his biphobic bile.