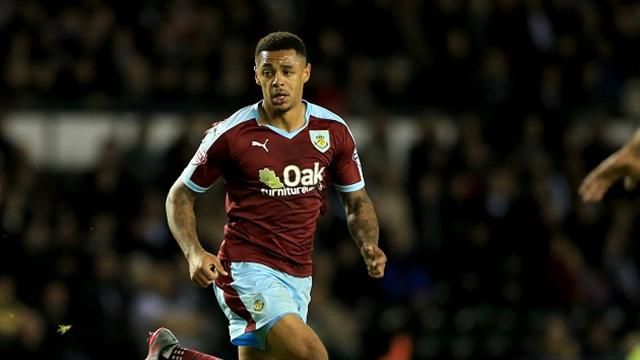 Premier League footballer Andre Gray has come under fire for homophobic tweets posted in 2012. In this piece, Hadley argues that actions speak louder than words when it comes to repentance.

It’s not the first time that the words ‘football’ and ‘homophobia’ have shared newspaper headlines. Despite a lack of LGBTQ+ visibility in the sport at a professional level, steps have been taken in an attempt to dissolve archaic attitudes and break down barriers between the LGBTQ+ community and the sport. Andre Gray, on the other hand, clearly wasn’t paying attention. As his sport began a slow move towards inclusivity for LGBTQ+ sportsmen and women, he was too busy tweeting homophobic comments.

The 25 year-old footballer, who plays for Premier League club Burnley, found himself under attack from many on Twitter, after his offensive tweets from 2012 resurfaced, including one which read ‘Is it me or are there gays everywhere? #Burn #Die #Makesmesick’.

Andre Gray then released a statement, in which he claimed to be a ‘completely different person’ to the person who tweeted those comments four years ago. The footballer did not, however, go into specific details about how he underwent his transformation. Although Gray does go on to elaborate that he had been though a lot in his life since 2012, he did not specify how this has changed his views about the gay men and women he was referring to in his original tweet, leading many to ponder whether Gray’s attitudes towards the LGBTQ+ community have truly shifted.

It’s clear that this was not simply a case of somebody being unaware that his comment would cause offence. Andre Gray incited the burning and killing of gay people, something which should see him suspended from professional football in order for him to spend time campaigning for a higher level of inclusivity in sport. This would demonstrate the ‘changed man’ image that Andre Gray has created for himself.

The idea of Andre Gray taking time out from his job to support people facing homophobia, biphobia and transphobia in sport is not a punishment. It’s all very well him stating that he is no longer homophobic, but how does the general public, his followers on twitter and football fans know that? Because he said so? He must now prove his intentions of becoming a better person, by showing those who consider him to be a role model that he is indeed a changed man. I’m also sure the hard-working charities dedicated to supporting and advocating for LGBTQ+ people would be grateful of a financial donation from the sportsman.

Sadly I’m not holding my breath. I think it’s very easy for somebody to say that they’ve changed, but much more challenging to show it. Time will tell whether Gray is willing to put his money where his mouth is. I do, however, believe that he should be treated like any other person who makes such comments on social media; their online voice should be silenced. Social media is such a powerful platform and the consequences of ‘getting it wrong’ online can be extremely damaging. I fear the comments made by Gray have opened up barely healed wounds for many people, or have amplified the feelings of self-doubt and worthlessness felt by people living in homophobic, biphobia and transphobic environments. Andre Gray has already misused Twitter by the distribution of offensive and violent comments; he cannot be trusted to continue to hold such a powerful platform.

Finally, it is the responsibility of governing bodies such as FIFA to actively stamp out these attitudes and opinions within football. Andre Gray cannot simply be allowed to continue in his current job at Burnley FC. He must now demonstrate to his fans and the thousands of people he has offended with his comments, that he is indeed ‘absolutely not homophobic’. By allowing him to continue, it sends out a message that such comments are acceptable and undermines the work being done in countries where the burning of gay men and women is still very much a reality.