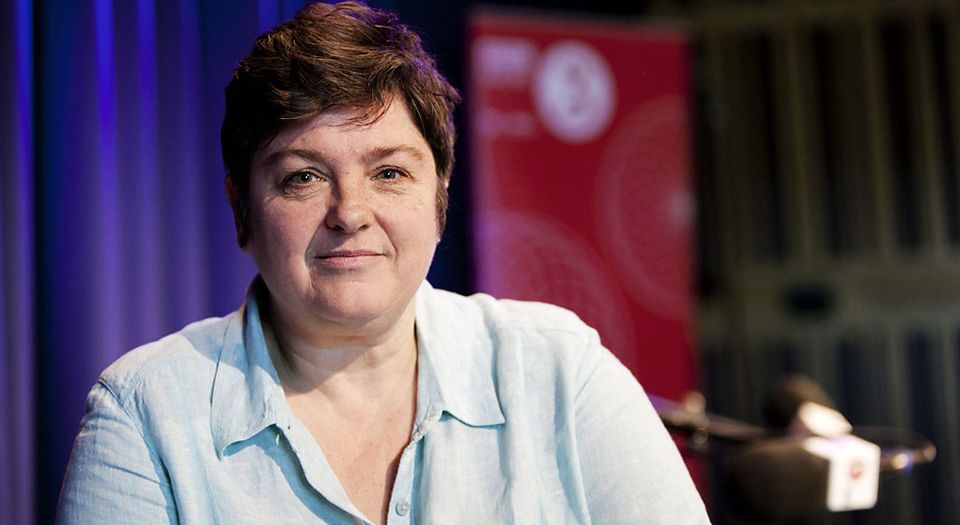 Bindel will claim that we should be always ready and refreshed to have the same debate over and over again that has been going on for 40 years now. She claims that the correct ideas will magically triumph in this Just And Fair World. Bindel seems somehow oblivious to the fact that America is set to be ruled by possibly the world’s worst misogynist. This trendy and highly manipulative version of ‘free speech’ ideology that she, along with people like Trump and Milo Yiannopoulos espouse, has certainly contributed to the awful shape the world is in.

It’s a kind of neoliberal version of discourse, a sort of ‘free market economy’ for ideas, where somehow, all will be well and the fittest ideas will win out. Of course, as we know, what happens with a free market is that wealth is unjustly concentrated in the hands of a few fat cats. And equally, the people with the biggest platforms dominate and manipulate the ideological landscape when there are no ethical checks and balances.

Where once someone would have drawn a line and decided this had all gone way too far, people fell over themselves to give Trump a platform, claiming that enabling his hate would expose him. The policy failed not just because those that gave Trump an enormous media platform enabled his voice to be heard over others, but also by platforming it, they endorsed it. Putting someone on a platform is not just permission to speak, it is validation of what they have to say. It is giving power to someone. Trump dominated and people allowed him to. Almost as if people are scared of bullies and suck up to them. Bindel herself argued for Trump to be given a platform.

It’s a kind of neoliberal version of discourse, a sort of ‘free market economy’ for ideas, where somehow, all will be well and the fittest ideas will win out.

Meanwhile, Trump showed such fragility, or such a superb victim game, whichever you care to see it as, that he could weaponise any dissent as a good excuse to escalate. This is what abusers do; they create a pattern of coercive control which you either go along with, thus enabling them, or resist, which they use as an excuse to ‘retaliate’. You are trapped either way because they have the power. The whole point about abuse is the victim has less power.

Bindel is no different. She has such a strong media platform in a world that generally hates feminists exactly because she reinforces this abusive idea that it’s a fair world and if someone has power over you, they deserve it. Bindel constantly manipulates in order to gain a greater platform, hurting bi and trans people, sex workers and PoC to consolidate her own position. People who give Bindel a platform are endorsing her, and they are also removing that opportunity from many other speakers who do not hurt people to have their own needs met.

With power, you control the narrative

Bindel also uses gaslighting techniques highly effectively; telling us our lifelong deeply held experiences of self are illegitimate against the casual appraisal of strangers; telling us that a mountain of medical and historic evidence are nothing compared to her feeling that trans people can’t be real.

Gaslighting works only when you have control of a situation. Bindel has an army of men and women who will jump at any opportunity to bash trans identities, diagnosing us as crazy, pathologising us as dangerous, legitimising any level of attack on us based on the lie Bindel herself espouses; we are a threat that must be neutralised at all costs. In this post-truth world there doesn’t have to be any evidence of this, it just needs to feel true.

Bindel also uses gaslighting techniques highly effectively; telling us our lifelong deeply held experiences of self are illegitimate against the casual appraisal of strangers.

Of course, if we are dangerous, our fighting back against this hate takes on quite a different appearance. Somehow, instead of being this tiny, marginalised community that meets daily abuse and disrespect, and is subject to disproportionate amounts of violence and trauma, we are the ultimate agents of patriachy/Satan and have all of the power behind us. Lies about our level of power and threat legitimise any level of attack against us. Dismissal of the impact of these behaviours makes the actors entirely unaccountable.

Just as Donald Trump could talk about women however he liked because he had a chorus of people denying, minimising and blaming on his behalf, Bindel is enabled to be as disrespectful and hateful as she likes toward my community, and in particular trans women.