Karen Pollock explores why in order to challenge the process of othering we have to accept we all have labels and identities.

Let’s start with a little quiz.

Which of these is a flesh tone?

Question two. Which word would you use to describe these tights (panty hose for our American readers)? 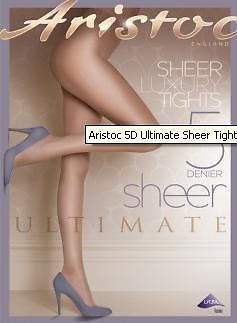 Did the words nude or fleshtoned come to mind? They are both in the tags for the picture, so it’s no surprise if they did.

What is your default setting when it comes to colour? For most white people the default is white. So we end up with products being marketed as flesh coloured, as if people only come in one colour. Defaults matter. Historically the default has not needed a name or a label (hence calling things nude or flesh coloured when they are actually cream, ivory or beige). The default simply “is”. In not needing to categorise the default, it is accepted as normal, which carries with it the connotations of morally acceptable, of being right, and therefore preferable. The default is acceptable, and acceptability is simply known. I wrote about how the fear of not being normal is very common in the therapy room, so deep do those injunctions go to be acceptable, to fit into the default.

So, the default setting for skin colour, the acceptable norm, has been, and to a large extend still is white. Products are marketed with this norm as so embedded that flesh coloured = white. Beauty products aimed at non white people are seen as specialist, a deviation from the norm.

I am normal, I do not have identities.

If the default never needs a label, or naming, because it is known and accepted, then the deviation from the default is always named, labeled, defined. Indeed this is one of the ways in which the norm ensures that those who are not part of it’s acceptable cohort are identified. We do not need labels, as we simply “are”. However, those others, they do not fit into our group so we need to identity them, label them, name the difference.

This idea was touched on by the American Anti Slavery campaigner Sojourner Truth in her “Ain’t I a woman” speech. She had been an enslaved person and she fought against the wickedness which was slavery. She challenged how the norms of womanhood were denied enslaved women of colour, how the defaults were not deemed to apply to them. They were excluded from these defaults because they were deemed to be “other”, and labeled with words which named their difference.

Sojourner Truth knew that the default for womanhood was whiteness, and so none of the assumptions of what a woman was applied to her. She was “other” in the eyes of those who would deny her rights both on her race and her gender.

We other people, deny them equal treatment, equal rights, equal respect, in many ways. We give labels which encourage us to see them as other. There is a constant movement between the default and the other. I do not need to describe my colour, or my sexuality because it is the default. You deviate from it, so you do.

Feminists of my youth were very aware of how the assumption of the default impacted on women’s rights. Medicine was, and often still is a huge area where this has caused damage. Certain body types were seen as normal, and so studied, and others where merely a deviation from this norm – an attitude which can be traced back to Aristotle. So drugs which affected pregnancy (for example) were released onto the market with little to no knowledge of how they might impact people who could get pregnant. Why would there be when only bodies which could not get pregnant were seen as normal. When it comes to race this is still an ongoing issue. Just this month research has been released showing most scaling for depression is useless for people of colour. When the scales were devised no people of colour were included, why would they be, if your idea of the norm, of the default is only people who look like you?

Whether it be race, gender, disability, sexuality, we have had a default of male, white, abled, of a certain class, and yes cis-gender. As these are the assumed norms, they are never named. Within therapy this led to the idea of the therapist as the blank slate. Psychoanalysis created a myth of a therapist as without an identity, so the person coming to therapy could project onto them whatever they wanted. It is a myth of course, white male abled middle class cis therapists had as many identities as anyone else, they simply did not name them, or even see them because they were the default.

I am normal, I do not have identities, you are other, you do.

As people have come to realise that the default/other split is oppressive they have begun to find words to replace normal. One area where this has happened is around neurodivergent and neurotypical people. There used to be normal and autistic, and autistic people asked why they had a label, a naming of their “otherness” but non-autistic  people did not. Thus the word neurotypical was born.

I am old enough to remember the arguments about people being identified as straight or heterosexual. There was a lot of resistance, from those who like the psychoanalysts of old believed they did not have an identity, they were simply normal, the default.

Given how we as a society have treated those who have been named, labelled, identified as other, it is no surprise that there was fear of being given a label. If you can label me, what is to stop you treating me as I have treated those who have been deemed to deviate from the default. However in saying we both wear labels, have identities, we are challenging the idea there is a default and an other, and that the default is only known as normal. Instead we are saying the tights are not flesh coloured or nude, but naming them, beige, cream, ivory, labels of identification, not default.

In a kind of parallel process as those traditionally othered have applied labels to the default, so they have also claimed labels for themselves. In doing so they have refuted the idea that to be anything but the default is shameful and must be hidden. The history of LGBTQ+ activism of the past 50 years has been summarised by “loud and proud”. We name ourselves, take on those labels, and do so proudly. Other activisms have predated, and followed this. Currently Black Panther is breaking all box office records, the name of course is no accident. The idea of Black Pride predates LGBTQ+ pride, as people of colour refuted the idea that their colour, by not being the white default, makes them lesser. Even today though there is a resistance, pride in an identity which is not the default is challenged. You should be ashamed, shameful, hidden, to be out and proud is taken as an attack on the default.

Equality is not a cake. Yet those who have been seen as fully human, as worthy of respect, and rights in our society react as if others, or those who have been othered, receiving equal treatment will mean they have fewer rights. To raise up some must mean lowering others. If you give me a label, an identity, it must only be because you want to treat me as I have treated you.

So, people cling to the idea they are without an identity, without labels, never identified or named. For, to be named is to be a target, to be on the receiving end of dehumanization and demonization.

And in a moment the reality of how the other is treated is revealed.

Cis is claimed to be a slur because labels have been used to other, to dehumanize, to say, you do not belong therefore we can mistreat you. The processes of both reclaiming labels, and saying, you also have them is seen as a threat because it means those with power accepting how they have treated those without. If I too have identities which are more than being the norm or the default could I too one day be the one on the outside? To admit this fear means admitting how those on the outside have, traditionally, been treated. Cis simply means not trans, but when you have treated those with a label as if they are lesser, also having a label is a frightening thought.