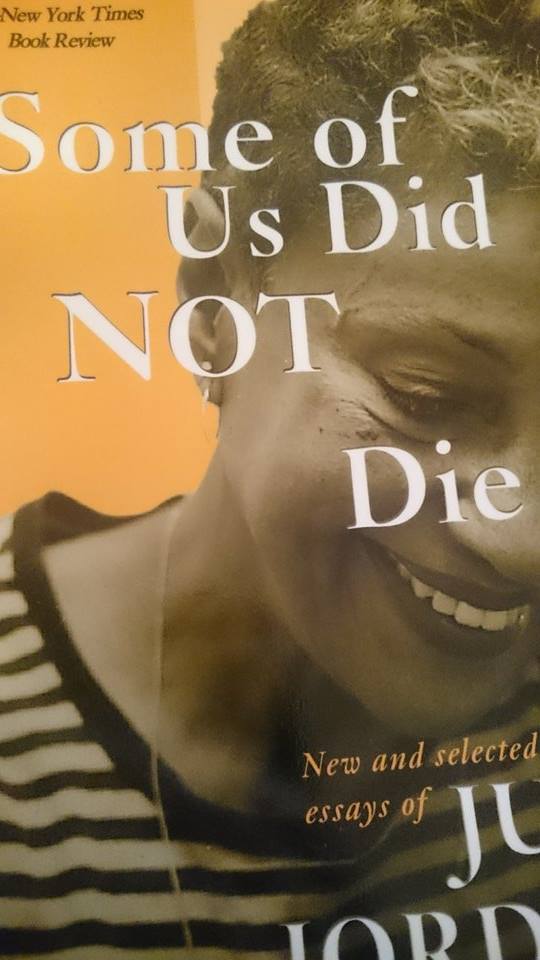 Stephanie Farnsworth explains her choice for our Queeroes month.

For this post, I have struggled to narrow down just one possibility for my ‘Queeroes’ choice. There are so many LGBTQ+ people who have in some way inspired me but have also achieved extraordinary feats for the community. Randy Shilts was one of the journalists I most admired for example, and it was because of him that the AIDS crisis will not be forgotten and Reagan, Thatcher and every other white conservative elite will not be allowed to rest in peace and honoured as heroes when they have the blood of thousands of LGBTQ+ people on their hands. Brenda Howard was probably the best known bisexual activist who started the Pride march, as much as gay people may like to forget that at times and there have been dozens of trans activists (such as Sylvia Rivera) who have been erased from every major LGBTQ+ event in history. Yet I realised that there could be only one choice for me because it was her words that I always came back too when trying to make sense of the world: June Jordan.

June Jordan was quite possibly the most gifted poet I have ever come across, she was also (rightly) the angriest writer I’ve ever read. Anger is an emotion most people fear but it’s one that I’ve got the greatest respect for in activism as there is a raw burning desperation to it. Anger is the truth that people can’t bear to hear and that is certainly true in every line June Jordan ever wrote.

Jordan was a dedicated black civil rights activist and she was also bisexual. The fact that she was a black bisexual poet is probably why her name almost never crops up when there are posts honouring activists and writers through the ages. Both these facets of her identity have been silenced and used to dismiss her but it’ll take more than that to dull her words.

what you think would happen if

everytime they kill a black boy

then we kill a cop

everytime they kill a black man

then we kill a cop

you think the accident rate would lower

The reason Jordan remains not just an LGBTQ+ hero, but a hero for all equality, is that her words remain true to this day, and cuttingly so. Her analysis of the systems of violence in place in the US did not just remain in the US but spoke to the hearts of all nations where societies have been created at the expense of people of colour and for the benefit for white people. Search her words from her ‘Poem about Police Violence’: they echo with just as much force today. Remember, Sandra Bland, remember Tamir Rice, remember the many killed every year in the US and across European nations (and most definitely not excluding the UK) because they are people of colour.

Jordan also never shied away from her bisexuality despite the persistence of society to erase, dismiss and repress any form of bisexuality or sexual fluidity. She embraced it in her writings and her life. Jordan is one character any bisexual activist should admire as she screamed for bisexual rights in a world which silences all bisexual people, particularly if they are transgender and/or a person of colour.

“I loved her too

the woman who loved you

The woman you sleep next to

On a makeshift cot

Sexuality, particularly bisexuality, has been viewed within the differing equality movements as a distraction at best and at worst something to be ashamed of. Today, there is still much debate among feminists about whether women are exploited for showing any hint of sexuality. Jordan would accept no such limitations or any notion that she must be ashamed for her identity.

Jordan wrote extensively on this in her collection of essays published shortly after she died from breast cancer.

“If you are free, you are not predictable and you are not controllable. To my mind, that is the keenly positive politicising significance of bisexual affirmation…”

Jordan’s association of bisexuality to mean freedom was not simply a comment on the potential fluidity within bisexual identities but also on the politics of LGB movements of the time which for many decades had been content to use the politics of respectability and wait for hand outs from the White House. This is a stifling way for any activism to take place and it always relies upon the oppressor to hand out any kind of rights when they feel like it. There was nothing free about the gay movement and this was highlighted by the fact that when it was hit with the AIDS crisis politicians proved they cared little for their lives. Jordan wanted true freedom and autonomy for LGBTQ+ people and recognised how her bisexual identity was an identity of great strength.

When we talk of an intersectional movement, Jordan was one of the first to realise the heart of its politics. She documented, wrote, and called out her experiences as a bisexual woman of colour and recognised the need to fight for the rights of all, as shown by how dedicated she was for calling for better protection for Palestinian people in conflict zones. Jordan was the first to make me realise that while the personal is often political, the political is always personal, but not just to myself but to all people experiencing oppression, prejudice and/or discrimination. It is through reading her words that I learnt that while I am of course fighting for myself in any activist context that’s not why I should be there, it’s for the struggle of all people and especially those most oppressed. It’s because of her that I started to try to be better and even when I completely screw it up some days I’ll still keep trying and hopefully get better. She taught me the power of words and that is something that I believe in so truly that I wouldn’t be writing for The Queerness otherwise.

However, while Jordan is often forgotten and deliberately erased there are so many other LGBTQ+ people of colour who have tried to tell of their experiences yet have been deliberately erased from history as though they never were. It’s by remembering Jordan that I try to show respect to them. LGBTQ+ History Month can only ever scratch the surface; there have been millions of LGBTQ+ people through time and yet how many have ever truly been accepted and celebrated?

“So much birdsong slow boat surf and sky

and waves that light and light

that braves the trembling orbit of my eye

negotiate a treaty between cowardice

that floats along the privilege of your nipples