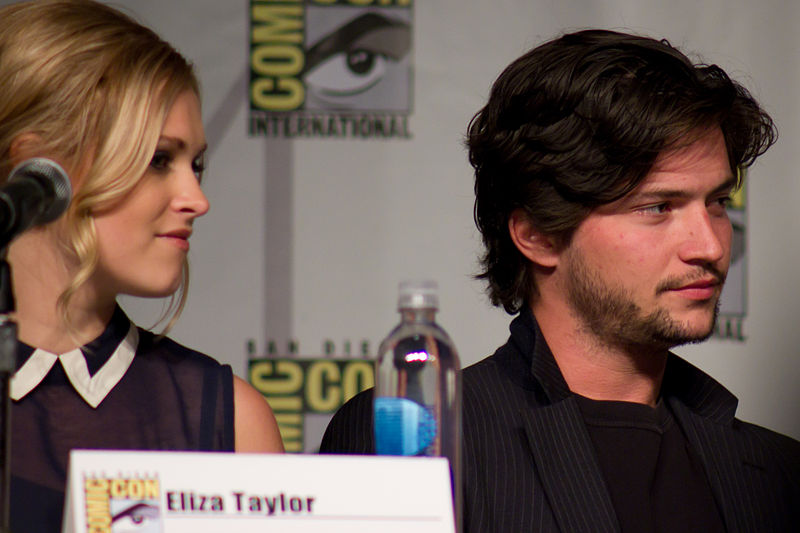 Stephanie Farnsworth looks at a show that’s leading the way for portraying sexuality.

Warning for major spoilers if you’re following The 100 in the UK by way of E4.

The 100 has been accused of turning on its queer fans this week as the episode where Lexa dies has finally been aired (it’s still a few weeks away for certain UK viewers though). It’s not been a particularly surprising plot for several reasons. Alycia Debnam-Carey has been cast as a main character for another show so it was doubtful that she’d be able to stick to The 100, and this is a show that isn’t afraid to kill off beloved characters as it is all about brutality and challenging concepts of humanity. The main reason it wasn’t particularly surprising though is because Lexa was openly gay and finally seemed to have a shot at being happy with Clarke. Queer fans always watch shows with a sense of dread whenever we finally get a decent character (or couple) portrayed onscreen; it almost never ends well.

There is a lot of anger from fans about this new twist, and it’s understandable. It’s beyond infuriating to see characters that are identifiable as queer only to have them predictably killed off for ratings. However, the fury at The 100 isn’t quite as cut and dry. It’s a show that still does have lesbian, gay and bisexual characters. Lexa and Clarke haven’t been the only same gender pairing so far (although please no more Clarke and Niylah). The 100 has treated LGB characters casually, not in the fact that they’ve ignored them, but by way of trying to depict a time where sexuality just isn’t an issue any more. The big barrier to this is that the writers and audiences are still living in this time. We’re all still trapped by a heteronormative world and I’m not entirely convinced the writers of the show have been able to break down their own prejudices.

It’s beyond infuriating to see characters that are identifiable only to have them predictably killed off for ratings.

Lexa was treated the same as any other character: her life was expendable and she wasn’t going to be saved just to make the show look better. Yet the theory behind that disregards the longing queer audiences have to see characters they identify with. By treating LGB characters as just the same, it erases a lot of issues that are still ongoing in the media. It’s a noble intent but the road to hell is paved with the best of intentions and queer viewers were unsurprisingly upset that Lexa, a complex and highly admirable leader of her people who was also a lesbian, was killed off.

The 100 does deserve a huge amount of credit for the way it has portrayed sexuality. It’s one of the leading shows out there, which is even more surprising given that the majority of the cast has been focused upon portraying those under eighteen years of age. The idea of bisexuality and homosexuality in young adults is something that still offends many. The way that The 100 has gone about it has also shrugged off expectations of predictability and has delivered what queer audiences have longed for in most shows. Clarke was presumed straight, and then weeks of sexual tension with Lexa and the kiss that resulted, shocked audiences because no one had thought that she could be bisexual. It was treated nonchalantly: she was simply attracted to another woman and was bisexual. There was no rejection/invalidation of her past love of Finn, no coming out story, just a mature exploration of a bisexual identity. It was refreshingly well done considering most narratives only centre around bi girls trying to win the attention of heterosexual men or bisexual men being power hungry predators like Frank Underwood in House of Cards. It also opened up audiences minds; Clarke’s bisexuality confronted them with the idea that they couldn’t presume anything with regards to identity and sexuality about the main characters.

Clarke was presumed straight by pretty much everyone, and then weeks of sexual tension with Lexa and the kiss that resulted, shocked audiences because no one had thought that she could be bisexual. It was treated nonchalantly: she was simply attracted to another woman and was bisexual.

The 100 was unapologetic in this even though it knew that putting the main character with Lexa rather than the brooding Bellamy would have turned a lot off, but they went with it because it felt right. Orange is the New Black is a great show for sexual diversity, but the problem is that it feels like it is making excuses because it is focussed upon women being confined together and so the subversive implication that the only reason these relationships can be shown is because they’re all trapped together. It needs a context still to be able to put women in relationships with one another. The 100 isn’t quite free of this connotation; it needed a post apocalyptic  world to be able to do it but it also represented an ideal for which all TV shows should strive towards when it comes to portraying sexuality. It’s not the nineties any more, we can do with more than just coming out stories.

What matters with The 100 is where it goes from here, and it needs to handle Clarke’s progression sensitively. If her relationship with Lexa is presented as a blip then it will infuriate fans more and undo all the good work on presenting sexuality beyond being straight. Similarly, bisexuality isn’t about an equal attraction to all genders and so if she swings back to men and then to women it’s going to come off as quite absurd and pandering to a different stereotype bi women face -that they must date the same number of men and women.

The representation of lesbian, gay and bisexual characters needs to appear more than tokenistic, however. One same gender relationship for a season and a half doesn’t quite cut it. The 100 has also so far remained silent on trans identities. That isn’t too say there are none but cissexism is so prevalent in society then it would be good for a character to even be hinted at as trans. Furthermore, while the cast has been (by comparison with most other TV shows) somewhat diverse with casting actors who are black, and of Mexican and Asian descent a lot of the first characters murdered were those who were people of colour. The story cannot be about people of colour being murdered off while white people manage to survive without being racist. Monty, one of the only Asian cast members (thus far) has also played into the trope of the intelligent tech guy. Lost was another show that was infamous for taking tropes and trying to turn them on their heads to try to shatter prejudices, but the problem with that tactic is that it gives tropes validation in the first place. Rothenberg may be set upon creating a show that transcends an era of prejudice but sadly it isn’t enough to disregard struggles real people are facing because this tactic will always put the content of the series on a collision course with the experiences and wants of the audience.

So sorry to all Clexa fans, it was good while it lasted but hope isn’t entirely lost because remember: “there is no death in the City of Light…”