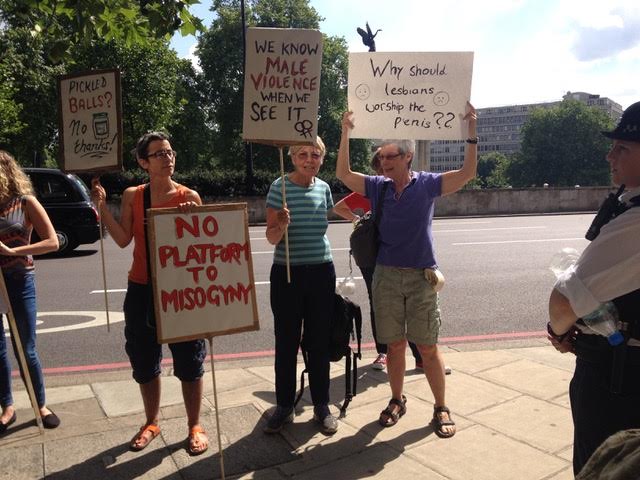 Karen Pollock explores how in asking a transphobic academic to comment on support for gender non-conforming children, Metro highlights the rotten core of our current media.

It is hard to not ascribe trends to years, to see coincidental events as meeting some unknown plan. To be human is to see patterns; in the stars, the clouds, the entrails of a sheep. Our earliest ancestors searched for those patterns as a way to explain the world around them, and we are closer to them than we think.

If I were asked to identify some of the patterns of 2016, two very different strands would come to mind. Firstly, the entering of the fact that gender non-conforming children exist into mainstream consciousness. From Daily Mail attacks on support charities, to groundbreaking documentaries letting people see the reality of working with children and young people who are questioning their gender, the world has woken up to the existence of GNC kids. It also seems that 2016 has been a year where everyone has demanded their right to an opinion about this.

In amongst the cacophony of voices, some well-informed, others less so, the reality, that 50% of trans young people attempt suicide gets lost. We have good, peer-reviewed research that allowing children to express their gender as they see it leads to positive mental health outcomes. We know that parental support for trans children and young people makes a huge difference in life outcomes. A report released by Childline today highlighted how many young people and children are not getting this support. There has been a rapid rise in calls to Childline about issues tagged “gender”. That many of the calls are around fear of the reaction of parents is a strong reminder that the ideal world of supportive families is far from the experience of  a number of children. However, it is hard to read the report, and the balanced comments of Childline representatives without remembering that the NSPCC threw itself with enthusiasm into one of the other dominant strands of 2016 – the belief that opinion matters more than expertise.

Earlier this year, the NSPCC announced there would be a debate on how to support trans young people. An important issue; there are a number of things which do need more debate. Personally, I would like to see more discussion of how cis parents seem to be overly concerned with passing as an end goal, or indeed with the idea transition has an end goal. Alongside this, I would like to see (gentle) challenges to the often quoted idea that having a trans child is something no one would wish for. It seems to follow the same path of the lament that was common when I was young; that parents were not homophobic, they just didn’t want gay children because their lives would be hard. Other issues, such as the existence of non-binary identities, the removal of transexualism from the DSM, even which department trans people should be treated at by the NHS are all important topics to explore. Unfortunately, the NSPCC ignored all of these and decided that a well-known transphobe and a celebrity who transitioned late in life were the people they wanted to put on stage in a faux display of concern for trans young people.

2016 has been a year where everyone has demanded their right to an opinion.

It was everything about the idea that opinion matters more than expertise distilled into one publicity-seeking event. We seem to have decided that just because everyone has an opinion, there is no longer expertise to be had. Sadly, the media has its own part to play in this – ever eager to present everything as simply debate, as if facts are irrelevant. This would be less of an issue if we were given full information about those whose opinions are quoted as having meaning. Take for example the Metro piece on the Childline report. As well as some pretty appalling language. and the odd use of scare quotes, it cites  a sociologist, Julia Long, as saying that more children are calling “because of increased media coverage of transgenderism”. 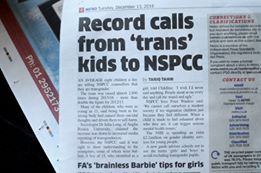 We can wonder at why they contacted a sociologist about mental health issues, rather than perhaps child psychotherapists, psychologists or any groups who work with trans young people. Perhaps Julia was simply about when the phone rang, eager to give an opinion. We know that she would have an opinion, for just a few seconds googling would have told the Metro journalist that she is not a disinterested party here.

In 2014, Julia Long took part in a protest against London DykeMarch being trans inclusive. Along with 5 others, she handed out leaflets describing trans women as men, and tried to disrupt the event, believing that only cis lesbians should be present. Since I am in wondering mode, I shall wonder at the fact that the journalist has the contact details for an academic who is actively transphobic, and who does not believe trans people should be treated equally to cis people. I shall further wonder as to why Dr Long was contacted in the first place. However, as I sometimes say in therapeutic situations, they are not in the room so speculation of their motives will be wasted energy.

We seem to have decided that just because everyone has an opinion, there is no longer expertise to be had.

What is not speculation is that in raising opinion above expertise, and in failing to make clear when opinion is simply that – one person’s view – our media has become a murkier and less useful place. Furthermore, without full disclosure about the backgrounds of those whose opinions are being reported, the reader is left in a false situation.

The phrase ‘post truth’, the blaming of the election of Donald Trump on fake news, ignores that it’s not the made-up stories which started this, but the refusal of the media to make people’s credentials clear, and challenge when they have none. Is it any wonder that the NSPCC thought a journalist and a boxing promoter were the right people to debate complex issues around supporting gender non-conforming children? After all, Newsnight seems to have been reduced to putting Nobel Prize-winning economists up against someone who once read Freidman for Dummies, and treating both their views as equally correct. People often complain that they don’t know who to believe, unsurprisingly since all opinions are reported as having equal merit, and with no explanation of the relative credentials of participants.

In 2014, Julia Long took part in a protest against London DykeMarch being trans inclusive. Along with 5 others, she handed out leaflets describing trans women as men, and tried to disrupt the event, believing that only cis lesbians should be present.

This is not about censorship; Dr Long is entitled to hold whatever small-minded views she wants, so long as she does not break hate crimes legislation in expressing them. This is about credentials mattering, facts mattering, about opinions not being justification for actions. In my job, one of the things I do is work with people as they separate facts and feelings, and try to determine which feelings are provoked by which facts. Knowing the difference is vital; it seems, however, that it is something our media has forgotten how to do.