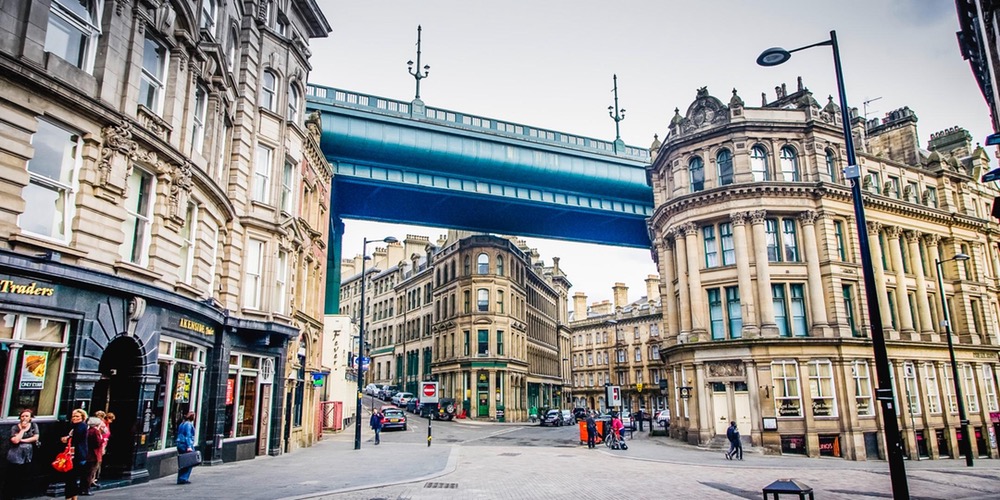 February was LGBT history month; and it has been celebrated across the country with talks, flag raising and events. Karen Pollock talks to the founder of the LGBT History Project North East about why our history matters for more than 1 month of the year.

When I mention Newcastle upon Tyne, what image does it conjure up in your head? Cloth caps and whippets? Wild nights out? Billy Elliot being denied the right to dance because it wasn’t manly enough? Often ideas about the North East seem to lurch into caricature, a mash up of the Likely lads and Geordie Shore ignoring the reality of life as far away from London as it is possible to get and remain in England. This distance is expressed in peoples beliefs, as well as in miles. The North East must lag behind the rest of the country, must be trapped in outdated, and anachronistic beliefs because it is distant, a far away country  in the minds of many.

The reality, that this distance has forced us to build our own spaces, aware that even national organisations will often see us as nothing more than a train station on the way to Scotland. The LGBT History Project is one such space. While the rest of the country has a month, and a month not without controversy, a group of volunteers in the North East are building a year round project, rooted in intersectional ideas, and determined to change the exclusion of LGBTQ+ lives from our collective narratives. I spoke recently to one of the founders, Drew Dalton about the project.

TQ: What prompted the formation of the LGBT History Project NE?

Drew Dalton: In 2015 I was asked to set up a Tyne and Wear Hub on behalf of National LGBT History Month and Schools OUT! At the time, a team of four volunteers put together a launch night and then a day-long event, open to the public and teachers. We managed to pull it off with very little budget and to deliver a successful day or talks and teacher information on LGBT history, which was great but tiring! After learning from this, our successes and where we needed to improve, I put together LGBT History Project NE in 2016 as its own independent community group. I put together a bigger team, wrote a constitution, set up a bank account and we as a team, put together a strong program of events which are even bigger than the previous year.

TQ: A lot of work, and its clear this is important to you? Why do you believe it matters to know our history?

Drew: Behind all of this is the belief that LGBT history has been systematically covered up, edited and erased from both history and, more often than not, present societies. When we first come out as LGB or T, we often need a wider connection to our history than our families and friends can give us. I remember feeling lost when I first came out as bisexual and felt I had no wider culture that I could learn from or see how my community had changed. LGBT history is vital, as within some cultures, there are attempts to delete it or erase it entirely – we have seen this happen in Sub-Saharan African Nations, such as Nigeria and Uganda, as well as some Arab states. Times feel uncertain and with the rise of Trump and Putin, and what appears to be a changing world, it is more important than ever to hold onto our shared history and to discover colourful and interesting characters, societies and civilisations whereby LGBT people were at the forefront. All history should be told in our history lessons and wider culture, not just part of it.

TQ: I remember that feeling of being lost, indeed I felt I had to move away. Do you think attitudes are changing towards LGBTQ+ people in the NE?

Drew: I think they are. We have come a long way from the first Gay Pride I attended in 1999 at Northumbria University with only a few hundred people to Northern Pride, which new see’s tens of thousands attending, many of whom recognise as heterosexual. This is great to see and generally, we have more straight allies in the North East than we maybe ever had. I am proud of my region and there are good people here who have changed dramatically, in their attitudes, in the last few decades. However, we should not rest on our laurels, as hate crime against the LGBT community has risen by 147% since Brexit across the whole of the UK. Whilst this is not all in the North East, there are worrying attacks of homophobic, bi-phobic and transphobia hate going on in the area.

When we first come out as LGB or T, we often need a wider connection to our history than our families and friends can give us

TQ: How do you feel this year’s events went?

Drew: This year’s events were brilliant! We are sifting through the feedback forms now but on the whole feedback has been amazing! We launched a Taster Talk session of example talks one evening at the NE Mining Institute, as well as a formal VIP Launch Night at the Literary and Philosophical Society and a big Public Day at Newcastle Civic Centre, which was packed! We have just finished our last event for LGBT History Month at the National Glass Centre in Sunderland, offering free CPD training to teachers about LGBT issues in schools. We have gone from one day event to four events! Importantly, all of our events are free as we believe that everyone should have free access to culture. We launched our #OurHistories project on our website  which collects together local people’s histories and experiences in brief. We are always wanting more histories, so please do apply.

LGBT history has been systematically covered up, edited and erased from both history and, more often than not, present societies.

TQ: What are the future plans for the LGBT History Project?

We never sit still. We will be meeting as a committee soon to plan more Taster Talk evenings throughout the year which will be announced soon, as well as our fantastic Proud Pages LGBT Book Club which meets in March.

We also have future plans to apply for funding to get a researcher to train a team of volunteers as Oral History Researchers and to document our often hidden LGBT history in the region, by placing ‘pink plaques’ throughout the North East on buildings and places of interest. Of course, we have to get ourselves thinking about next year’s public events too, so there is a lot to plan!