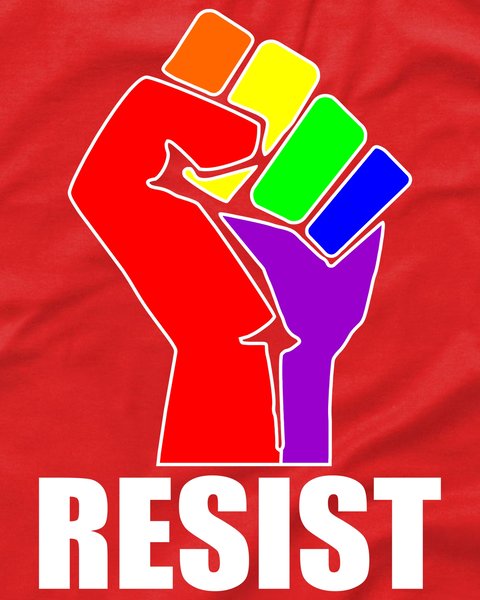 Lee Williscroft-Ferris issues a rallying call to the LGBTQ+ community to stand up and defend their rights in the era of the alt-right ascendency.

Hyperbole looks good on no-one but let’s be realistic – the LGBTQ+ community is under attack like never before in recent history. The socio-political forces have shifted so far to the right over the last five years that what was once anathema is at risk of re-emerging from the depths of shame to become the ‘norm’ once more.

If evidence is needed, one only look to Will Young, who is being subjected to a barrage of homophobic online abuse in response to his having the temerity to object to having been called a ‘poofter’ by a TfL bus driver. Having taken to Twitter to appeal for information as to the perpetrator’s identity, Young also drew Sadiq Khan into the fracas by directly appealing for his help.

What has followed has been both disturbing and, tragically, entirely predictable in the current climate. A seemingly endless stream of white men have emerged from the shadows to hurl abuse at Young and castigate him for ‘overreacting’ to the incident. In short, it has become perfectly reasonable to not only trivialise the traumatic experiences of minority groups but to also classify them as fair game for further taunts, insults and provocations.

The socio-political forces have shifted so far to the right over the last five years that what was once anathema is at risk of re-emerging from the depths of shame to become the ‘norm’ once more.

The age of Brexit and Trump has emboldened bigots on both sides of the Atlantic to appropriate the mantle of the oppressed, asserting that their bigotry – and the right to express it without comeuppance – is a fundamental facet of the concept of free speech and that those who object to being victimised in the name of this ‘freedom’ are ‘snowflakes‘, incapable of emotional moderation and too quick to take offence.

It may be stating the obvious but it bears repeating in the current context: freedom of speech, like any right, comes with responsibilities. One such duty entails not exploiting freedom of speech to oppress others. To behave in such a manner is, in fact, the antithesis of freedom.

So, how do we respond to this existential threat in the era of Trump and post-Brexit extremism? First, we must face it head on and, however difficult it might be, let no slur or insult go unanswered. It is only by doggedly tackling each an every example of bigotry and prejudice wherever be encounter it that these cowards will get the message that we will not accept their bullshit.

Infinitely more crucial, though, is the need for an intersectional outlook. In layman’s terms, it has never been more essential that we ‘have each other’s backs’. Under the LGBTQ+ umbrella, this means being willing to call out all forms of queerphobia, regardless of whether or not it directly affects us. We have a lengthy track record here at The Queerness of imploring cis LGB people to do better by our trans kin and of highlighting the stubborn stain of biphobia. Now truly is the time to look beyond the narrow vision of our own experiences and not only embrace each colour and shade of the rainbow but to determinedly defend the inherent dignity of all who take shelter under the aforementioned umbrella.

Part of this is a willingness to listen, absorb and respect the lived experience and needs of others and not leap to presumptions. Anyone watching the current series of Celebrity Big Brother won’t have failed to have been struck by India Willoughby’s experiences on the show. Having forged a reputation as something of a standard-bearer of respectability politics on social media, Willoughby has repeatedly dismissed the lived experience of other trans women by diminishing the magnitude of the transphobia unleashed on countless individuals every day. Since entering the house, Willoughby has been repeatedly misgendered and subjected to the predictable voyeuristic trans body obsessions of her housemates (“Can I see your tits?”).

Despite Willoughby’s blotted copy book, there is no pleasure to be extracted from witnessing a clearly vulnerable member of our community struggle to cope with the passive-aggressive prejudice she is confronted with. Before genderqueer-identifying drag queen, Courtney Act, entered the house, Willoughby had expressed her disdain for drag queens, comparing her feelings to a ‘fear of clowns’. Despite this, Courtney has quickly established herself as the person most in tune with Willoughby’s feelings and quick to mediate on her behalf with housemates who are unable or unwilling to understand the complexities of Willoughby’s persona. LGBTQ+ solidarity can be hard work – we often make it hard for ourselves – but it is the most powerful weapon in our arsenal. The divide and conquer tactic must not be allowed to wrench the LG from the B and/or TQ+. Ever.

Furthermore, this broad perspective must extend beyond the LGBTQ+ realm to embrace and defend the rights of non-LGBTQ+ people who find themselves under attack. Be it women, people of colour, disabled people or anyone who finds themselves at the receiving end of the bile being flung at anyone outside of the white, cis, able-bodied, heterosexual hegemony, we have a moral duty to safeguard the interests of others by calling out hate, whatever the source, and seizing every opportunity to amplify the voices of the most marginalised.

LGBTQ+ solidarity can be hard work – we often make it hard for ourselves – but it is the most powerful weapon in our arsenal.

Maybe we have become complacent. After all, a multitude of (mainly cis gay males in the mainstream ‘LGBT media’) voices would have us believe that the era of ‘marriage equality’ symbolises the ultimate ‘coming of age’ of our community. Nothing could be further from the truth. We should support Will Young for speaking out publicly against the casual bigotry to which far too many members of our community are increasingly exposed. And yes, we should lend our voice to support India Willoughby against the transphobic tropes and behaviour perpetrated by others. Regardless of the readiness of the right-wing trolls to shamelessly downplay the impact of phobic abuse, each bigoted utterance is a stain on our common humanity.

Let’s make 2018 the year that we summon all our collective strength to insist that we will not be dragged backwards and that we are one in our resolve to resist the forces of hatred.