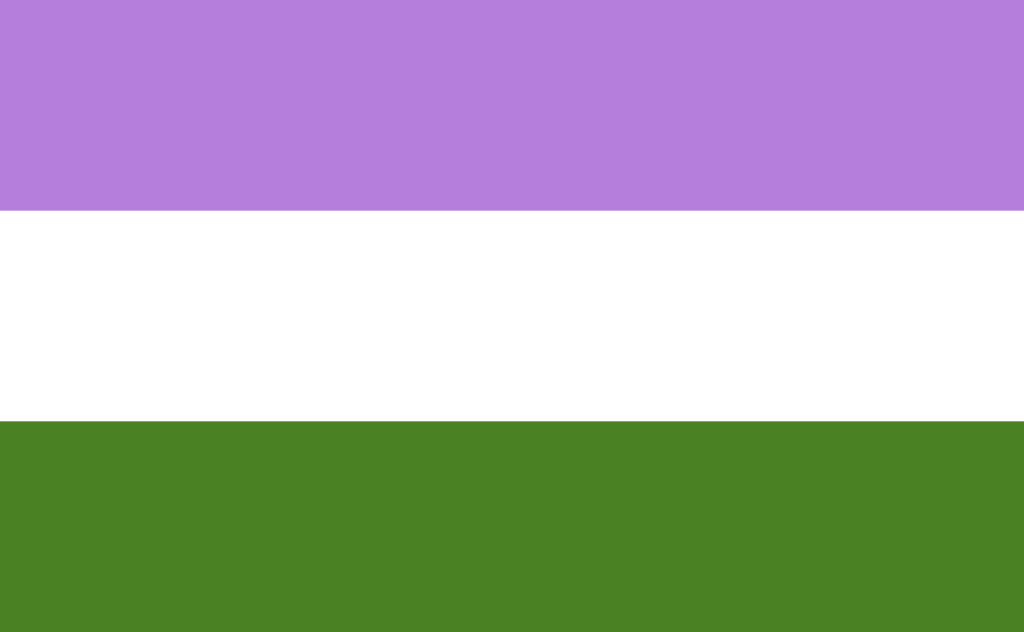 It’s more than just wanting a ‘ladies’ handbag’. JON B explains why he’s tired with traditional notions of gender and masculinity that no one chooses, but which still dominate how society at large views us.

I was rather amused a couple of weeks ago when a video of a French cabin crew member doing the safety demonstration was doing the rounds. The gentleman in question had adopted a somewhat ‘unique’ way of grabbing his public’s attention because, as anyone who flies frequently will admit, no one *really* pays attention to the safety announcement anymore. I am as guilty of this as the next person – I figure that if the plane does actually go down, I’m probably dead regardless of whether I adopt the correct brace position. Oh and you can bet your life that if we did, by some miracle, survive an emergency landing, no one is coming between me and my bag.

Nevertheless, I did find myself somewhat absent-mindedly actually paying attention to the safety announcement last time I was flying. One part in particular stuck in my head – the reference to bags. In this case, the person making the announcement said that ladies’ handbags could go under the seat but that small cases and ‘man bags’ should go in the lockers above.

This is hardly a groundbreaking observation, I know. Let’s face it, the concept of the ‘man bag’ has become a marketable commodity. High street chains are falling over themselves to market themselves to what, back in the days of David Beckham wearing a sarong, was called the ‘metrosexual man’, and even the term ‘man bag’ has become currency in the language used by some fashionistas. But why, for something that just happens to be a bag carried by a man?

Of course, we all know the reason why. Men don’t have handbags. But then, what is a ‘man bag’ but something you can carry using, well, your hand? However, you couldn’t call it a handbag, or even a ‘man’s handbag’ (if you prefer) because the moment you insert the word ‘hand’ before bag, it will all of a sudden compromise your masculinity and before you know where you are, you will be swishing around like John Inman, flicking your wrist and shouting ‘I’m free!’

I jest, of course, but there are two rather serious issues here. Firstly, what is gender-specific about one particular combination of words as opposed to another? Why does saying ‘man bag’ suggest (forgive me) ‘no homo’ whilst ‘handbag’ would suggest a compromise of your masculinity?  Second, if you did ‘swish around like John Inman’ what on Earth would be the problem with that? Why should we care? And, more importantly, why should you be made to feel uncomfortable for doing that?

I accept that you might be wondering whether I simply haven’t had enough tea yet, and I confess that I’m only on my first cup so maybe I’m not as cogent as usual, but although we may have had such discussions about gender time and time again, it seems that nothing changes. From the moment children are born, even before they come blinking into our neatly gender-ordered world, the expression of their gender identity is decided for them, be it from parents furiously painting nurseries and selecting outfits in the appropriate pink or blue, through to the toys that are decided upon for the amusement of said child through lazy assumptions about what it means to be a boy or a girl. For goodness sake, we live in a society that will judge parents to be failing their children if they don’t provide a stable, gender-normalised environment. I mean, will no one think of the children in all this?

You couldn’t call it a handbag, or even a ‘man’s handbag’ (if you prefer) because the moment you insert the word ‘hand’ before bag, it will all of a sudden compromise your masculinity…

To the untrained observer, this might seem like something of a storm in a tea cup, but it’s really not. We damage our children with how we push them into boxes, for the simple fact that they grow up believing that they should perpetuate the same narrow definitions that they were forced into. We’re all guilty of it. Until recently, I had embraced my inner hipster and cultivated a rather fine ‘man bun’. It’s not there any more, sadly, because I was spending a fortune on John Frieda leave-in conditioner (a women’s hair product, remember…) but that’s another story. I pride myself as pretty ambivalent to hard and fast notions of gender, but I confess that I referred to it as a ‘man bun’, so difficult it was to shed myself of the conditioning (no pun intended) of social construction.

But it’s not just a case of: ‘man bun’ – no homo; ‘bun’ – queer. Oh no, it goes deeper than that – try walking around with one. No really, sometimes it was like I had E.T. perched on my head, by which I’m not commenting on the merits of the hairstyle itself, but rather the looks that people gave it. Why is that man doing something so ‘unmanly’ with his hair? Add to that the fact that I’m quite fond of my floaty cardigan collection and a lovely pair of skinny jeans, and I might as well have been a complete ‘freak’ in some people’s eyes.

From the moment children are born, even before they come blinking into our neatly gender-ordered world, the expression of their gender identity is decided for them, be it from parents furiously painting nurseries and selecting outfits in the appropriate pink or blue, through to the toys that are decided upon for the amusement of said child through lazy assumptions about what it means to be a boy or a girl.

I know I’m at the risk of sounding like I’ve just made it about me and, what I at least consider to be my rather fabulous sartorial choices. Nevertheless, there is a very serious point to be made here about the messages we give out. We encourage our children to grow and develop; we tell them they should be ‘whatever they want to be’ when they grow up but, when push comes to shove, we force them into convenient boxes. This is why children grow up to be adults who do a double take in the street if someone walks past them wearing something that seems to defy our narrow view of what defines our gender. What happens to the notion of ‘who cares’? When do we lose that? And why is it so difficult to accept that this is the reason why people get verbal or physically abused for appearing ‘too different’ to the ‘norm’? I mean, by all means be gay (in my case) but for God’s sake don’t look too gay, will you? You’ll confuse the children…

We damage our children with how we push them into boxes, for the simple fact that they grow up believing that they should perpetuate the same narrow definitions that they were forced into.

For me, these tired old notions of masculinity just don’t seem to go away. I’m not even saying that they have to, from the point of view that I have no problem with masculinity when it doesn’t seek to reinforce patriarchal notions. What I mean is the assumption that men still need to define themselves in ‘good old-fashioned’ masculine terms. This ‘holy grail’ of masculinity is an obsession for some gay men. That itself I don’t have a problem with – it’s none of my business if someone who is gay is also very masculine, and it’s not a reason to criticise someone.

It becomes an issue, however, when you have gay men perpetuating traditional notions of masculinity as a way to demean and degrade others who don’t live up to their notions of what ‘makes’ a man. You see this time and time again; ‘masc’ gay men mocking their ‘camp’ counterparts. It’s just another set of boxes and it must be so boring. I mean, I’m as much of a fan of going to the gym as the next person. Indeed, I’m such a long term member of my gym that I now get the curt manly nod and ‘Alright, mate’ from my heterosexual counterparts in the weight room. I’m happy with that, but I’m also happy with slipping on a pair of 5-inch stilettos and playing some Donna Summer while I clean my house. Trust me, it makes cleaning so much more fun, especially if you do it with a gin and tonic, or even a bottle of beer. Who cares?

The point is, if we are really going to live out every aspect of our lives as fully as we should, then surely there simply isn’t time for such tired old definitions of gender? If I’m happy grunting and sweating my way through a gym routine, then that’s fine. If I also want to swish down my local high street wearing a floaty cardigan and a radical hairstyle, then that should also be fine. If I want to have a bag that defies gender conventions, then that should also be fine. And (shock, horror) there’s no reason why I can’t do all of those things.

[Masculinity] becomes an issue, however, when you have gay men perpetuating traditional notions of masculinity as way to demean and degrade others who don’t live up to their notions of what ‘makes’ a man.

Perhaps I just had too much time to think about all of this after the safety announcement that ‘genderised’ our luggage – it wasn’t even a long flight, after all. I jested earlier that I hadn’t had enough tea, but the reason for my musings on the subject were less to do with my tea-deprivation and probably more to do with the place I was leaving – Iceland. For me, a home from home for many reasons, but also a society that stands head and shoulders above our own in terms of sociopolitical attitudes and equality. Not only are there more ‘man buns’ than you can shake a stick at but, more seriously, it’s a place where those who defy conventional notions in terms of appearance are less likely to gawked at. Put simply, we’re talking about a place where far fewer people give a fuck what you’re dressed like and how you identify. Refreshing, to say the least.

So yes, this train of thought really was quite a journey from: what if I want a ‘ladies’ handbag’. I would suggest, however, that it’s a train of thought that more people really should buy a ticket for. Life’s far too short to worry about whether people are living up to pre-defined notions of gender forced upon from before they were born.

Now if you’ll excuse me, I have some cleaning to do and these stilettos won’t wear themselves.