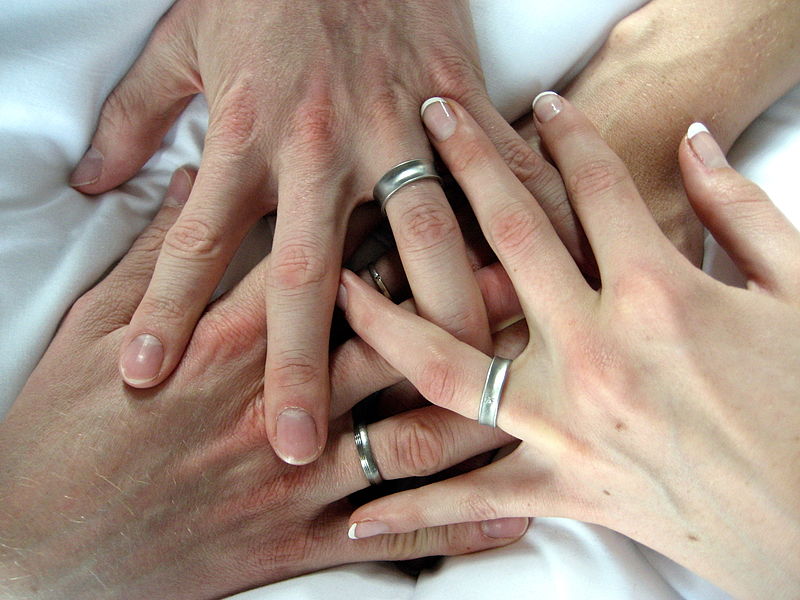 Ciera Littleford explores the option of civil partnerships being made available to opposite-sex couples.

This week on the national news, I overheard something about a heterosexual couple whose challenge to the ban on civil partnerships had recently been denied. I had to stop what I was doing and listen again – heterosexual couples, civil partnerships, ‘ban’? It puzzled me, at the very least. Initial thoughts by many might be that this couple are simply trying hard to be oppressed; thoughts that have been expressed by many people on social media. However, like most things, there are other components to the argument, too; components I’d like to explore further.

Firstly, one must consider what civil partnerships actually mean to those in same-sex relationships, and what they actually signify. It could be argued that the very nature of them is restrictive and oppressive; that they represent inherent inequality and discrimination, as it is all LGBTQ+ people have been ‘allowed’ since the Civil Partnership Act was passed in 2004. Only 17% of same-sex couples have opted for a civil partnership since same-sex marriage was introduced in the UK. The fact that 83% entered a marriage would suggest a sense of ‘moving on’ from these old ideas – which isn’t always easy or a simple option, nor is it for everyone, which is why there is a small percentage of couples who have stayed in a civil partnership or entered one since marriage was introduced. This line of thought lends itself to the ‘pro-civil partnership for everyone’ party, and rightly so. Should we allow opposite-sex couples to have one, because they’re just as valid as a marriage for some same-sex couples?

However, even though being ‘granted’ marriage doesn’t solve all LGBTQ+ problems – far from it, in fact – it still represents a step towards equality for us, a level playing field, when it comes to marriage at least. This reluctance to enter a marriage could suggest that civil partnerships are part-marriage, not a whole union. That a marriage, to put it simply, is recognised and acknowledged on a much greater scale than a civil partnership, which disparages those in a same-sex civil partnership today.

On one hand, the heterosexual couple who featured on the news insist that their demand for a civil partnership ‘focuses on equality’, but they’re actually exlcuding a huge amount of people on the LGBTQ+ spectrum. It’s easy to think that this whole furore is just a matter of creating problems that aren’t there, as heterosexuals already have all legal advantages over LGBTQ+. Also, their ‘fight’ for their right to a civil partnership also somewhat dilutes the struggle LGBTQ+ people have had for equality over the years. It also ignores the plight of polyamorous people who are denied marriage almost everywhere across the globe. If straight people are granted a slightly altered version of marriage, then why not those who are polyamorous? If heterosexual couples positively demand the right to define their relationship on their own terms, why not polyamorous folk? If we’re prepared to have conversations to cater to heterosexuals’ needs, then we need to be prepared to discuss those with a less mainstream, but just as valid, preference.

The heterosexual couple who featured on the news insist that their demand for a civil partnership ‘focuses on equality’, but they’re actually excluding a huge amount of people on the LGBTQ+ spectrum.

The denial of civil partnerships for opposite-sex couples, and particularly a lot of the arguments about the topic, ignores those who are bisexual or pansexual and in an opposite-sex relationship.

The main problem I encountered upon hearing of this story was the rhetoric used in the news clip and in the stories online. Words and phrases such as ‘ban’, ‘equality’, ‘only same-sex couples are eligible’ and ‘choice’ all strongly imply that a civil partnership is a privilege that people in same-sex couples have, and that heterosexual couples are disadvantaged. When will this rhetoric end – this divisive rhetoric that ostracises LGBTQ+ people, and encourages the public to ‘side’ with cis heterosexuals? This is dangerous territory; the concept of ‘siding’ and pitting the public against those who are LGBTQ+, and the media have approached this story from the wrong angle completely. Not only that, but the rhetoric has also been EXTREMELY exclusive – where would the media and heterosexual cis people bring non-binary and intersex people into the equation? They’re demanding rights for themselves, but what about those who don’t fall into the gender or sex binary and therefore wouldn’t be entering into what they deem ‘civil partnerships for heterosexuals’? It’s something that needs to be considered in this discussion, especially if it gains more traction and comes to be debated and considered, and it proves that the couple in question aren’t being sincere when they say they’re doing this for ‘equality’.

When will this rhetoric end – this divisive rhetoric that ostracises LGBTQ+ people, and encourages the public to ‘side’ with cis heterosexuals?

I suppose the conclusion of this argument would be that, and I speak for myself here, I am in agreement, in part, with everyone in relationships being offered an option for a civil partnership. Preferably, though, it would be as an alternative that doesn’t have such negative connotations for the LGBTQ+ community. Perhaps, for example, something along the lines of a Civil Marriage that is offered in some places. It would also be an option that included people from all across the LGBTQ+ spectrum. It would also be great if the couples in question and the media don’t negate the hardships of the community or use it as an excuse just to criticise and deride it. It’s simply harmful, and we will get nowhere on the road to this so called ‘equality’ that these heterosexual couples are fighting for, unless we go about it the right way.