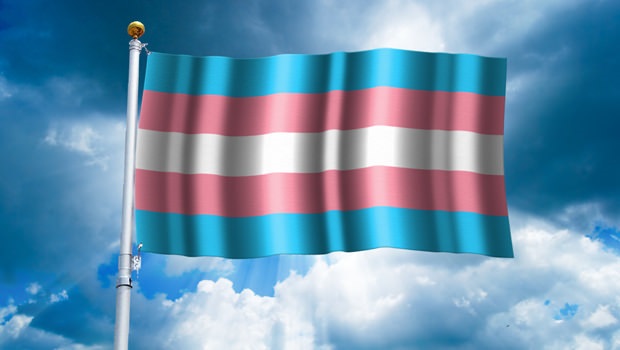 In a guest post for human rights month, Douglas Robertson explores the growing awareness of trans rights in popular consciousness – and how it’s time for cis people to pick a side.

Yesterday my uncle asked me what cisgender meant. I’m sure he won’t mind my sharing the fact that I did a double-take. My uncle – a white, heterosexual man (and yes, cisgender himself) – had never really before expressed an interest in gender identity, or even alluded to it as a concept. Yet here he was trying to learn more about gender.

Many of us were struck by the recent article in the Sunday Times about the charity Mermaids, which to many felt like a deliberate attack on a charity that does incredibly important work to support families of trans young people. It is a charity I have followed closely ever since being introduced to it at the UK Trans Equality Legal Initiative (UK TELI) last year. In a statement, the charity has indicated that the article was so particularly laden with misinformation that they are now seeking legal advice. To many this is the latest in what feels like an uncompromising onslaught against trans people from the media, and it is very easy for us to feel weighed down by what has been relentlessly negative coverage.

The fact that even my white cisgender heterosexual uncle – in many ways the embodiment of systemic privilege – has an awareness of the ongoing discussions around gender is, I think, an indicator of something quite wonderful. He’s a sensible rational man, and I’m sure with education and access to facts – and of course most importantly stories from trans people themselves – he will come to be a strong ally.

This is the latest in what feels like an uncompromising onslaught against trans people from the media.

The problem at the moment is that portions of the media repeatedly offer a platform only to people who have “a view” on transgender equality. Invariably these people are not trans themselves, and for the vast majority the discussion is at best a curiosity and at worst something to have a bit of a giggle about.

Transgender equality is not an intellectual exercise. It’s not something we can discuss with lots of chin-stroking and ponderous prose. It’s become something of a cliché to say so, but transgender rights are human rights. They are rights for which some people – like the awe-inspiring Christine Burns MBE – have been campaigning on for decades.

The problem at the moment is that portions of the media repeatedly offer a platform only to people who have “a view” on transgender equality.

We are at a turning point in the discourse now, where a growing number of people are waking up to the fact that trans people exist. Now more than ever it is time to be galvanised as allies, and for the media to make sure it doesn’t just facilitate discussions about trans people but rather it starts to have discussions with trans people. Under threat by education and science, the dissenting voices against trans equality – voices of that refuse even to acknowledge the existence of trans people in many cases – will get louder, and so now is the time for trans people too to get louder, and for us as their allies to be heard.

Transgender equality is not an intellectual exercise. It’s not something we can discuss with lots of chin-stroking and ponderous prose.

There is I believe a reasonable and movable majority that, with education and the right information, will come to understand why transgender equality is so important. However, until we are able to win those hearts and minds, we will always feel as though we are moving against the tide. As allies to trans people, now more than ever, we have a responsibility to join in solidarity, to call out ignorance when we see it, to educate, to inform, to be measured but firm, and most importantly to be unstoppable.